'Aamir Khan's Thugs Of Hindostan Given Preference': Pahlaj Nihalani After Censor Board Ordered 20 Cuts In His Film Rangeela Raja 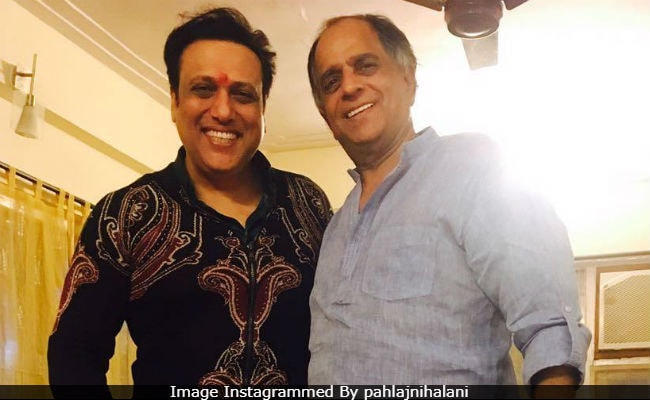 Pahlaj Nihalani had faced a lot of criticism during his tenure as CBFC chief (Courtesy: Instagram)

Former Central Board of Film Certification (CBFC) chief Pahlaj Nihalani, who filed a plea in the Bombay High Court against the reported cuts ordered in his forthcoming film Rangeela Raja, has alleged that Aamir Khan's Thugs Of Hindostan was 'given preference,' despite submitting the movie with the film body several days after he did, reports news agency ANI. The Censor Board has suggested 20 cuts to Mr Nihalani's Rangeela Raja, a film loosely based on the life of embattled business tycoon Vijay Mallya. Rangeela Raja stars Govinda in the lead role and they were expecting to release the film on November 8, the same day on which Thugs Of Hindostan hits the screens.

Speaking to news agency ANI, Pahlaj Nihalani accused Prasoon Joshi, the present CFBC chairperson, of being biased and said since he and Aamir Khan are good friends, Thugs Of Hindostan was cleared for release.

"My film was reviewed 40 days after applying. I was going to release my film on November 8. Thugs of Hindostan had applied 20 days after me. Prasoon Joshi and Aamir Khan are good friends, so they were given preference. The cuts suggested for my film violate CBFC guidelines," Pahlaj Nihalani told ANI.

Former Censor Board Chief Pahlaj Nihalani files a plea in Bombay High Court against Censor Board after it reportedly suggested around 20 cuts in his upcoming movie 'Rangeela Raja' (file pic) pic.twitter.com/RhXqE0vpwq

My film was reviewed 40 days after applying. I was going to release my film on Nov 8. Thugs of Hindostan had applied 20 days after me. Prasoon Joshi&Aamir Khan are good friends, so they were given preference. The cuts suggested for my film violate CBFC guidelines: Pahlaj Nihalani pic.twitter.com/5FcfYsEUwN

Pahlaj Nihalani filed a plea in the Bombay High Court against the Censor Board on Monday after it reportedly suggested around 20 cuts in Rangeela Raja, directed by him, ANI earlier reported.

In May this year, after team Rangeela Raja shot for a dance sequence, Pahlaj Nihalani told IANS, "The entire look, feel, appearance and rhythm of the song sequence is based on the Kingfisher calendars. As for Govinda playing who you say he is playing, let's just keep the suspense going. I am neither denying nor admitting it."

"A lot of people asked me who Govinda is playing. All I can say at this point of time is that Govinda plays a man who is the biggest scamster of our times. Need I say more?" he added.

Pahlaj Nihalani had launched Govinda in Ilzaam in 1986. Of Rangeela Raja, the 54-year-old actor said, "I would like to say that it's a typical Govinda film in which the audience will be able to see dance and songs throughout the film. I feel that this film will touch the heart of the audience because in every household, there are people like Rangeela Raja. We have also tried to give a really nice message through the film."

Pahlaj Nihalani had a controversial tenure as CBFC chairperson and in August last year, he was replaced by Prasoon Joshi.