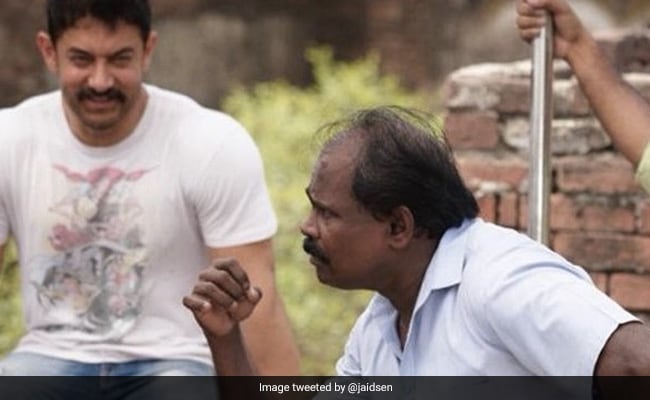 A photo of Aamir Khan with Amos (courtesy jaidsen)

Superstar Aamir Khan's longtime assistant Amos passed away on Tuesday after suffering a massive heart attack. He was 60.

Amos, who had been working with Aamir for the past 25 years, was taken to the Holy Family hospital where he died.

Aamir's close friend Karim Hajee said Amos collapsed in the morning and was rushed to the hospital by the actor, his director-wife Kiran Rao and their team.

"Amos worked with a superstar but was endearing and simple. He was like this to not just Aamir but everyone. He put everyone at ease and was a wonderful person. He had a wonderful heart, was so bright and a hard worker," Karim told PTI.

"He had no major illness, his death is shocking. He died with his boots on. Both Aamir and Kiran are devastated. Aamir had sent us a message and said it is an irreplaceable loss. We were so numb, we will miss him," he added.

Karim said Amos had recently turned grandfather and his death is a huge loss to everyone who knew him.

Amos is survived by his wife and two children.