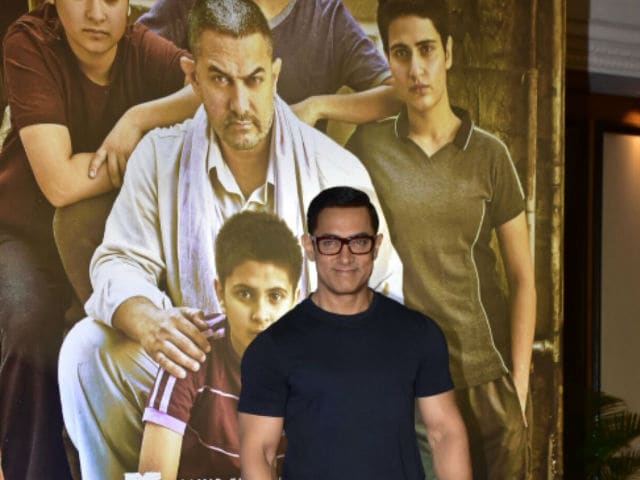 New Delhi: When Aamir Khan tweeted the first poster of Dangal last September, it was greeted gleefully by a sniggering social media who compared it to chocolate ice cream, multani mitti and more.

The second poster of the film was released on Monday and this time round, the jokes are absent. #Dangal trended on Monday afternoon after Aamir, 51, tweeted an uplifting comment with the image, which features him as wrestler Mahavir Phogat and his four daughters, two of who are champion wrestlers Geeta and Babita.

Would want to watch #Dangal only because of the Chokris. What a lovely first look!

Aamir Khan is unstoppable. He makes it sure to blow your mind with each of his film. #Dangal

A picture says a million words... What a brilliant poster! Looking forward to this one! #Dangal@aamir_khanhttps://t.co/4TvoAaWLzL

Whao !! What a look. Mr. perfectionist is back with bang. this christmas one and only #Dangal can't wait for trailer https://t.co/Hqgn1yhYBx

Thank you @aamir_khan for always making us feel that we are equal to men! salute https://t.co/mHFqXyVuWu

Make that mostly delighted. One Game of Thrones fan compared the Dangal girls to the Red Viper's daughters.

Is it just me (or #got withdrawal symptoms) that the #Dangal poster reminds me of the sand snakes of dorne.

Aamir Khan launched the poster of the film at an event in Mumbai, where he also offered the only unqualified piece of criticism about colleague Salman Khan's rape analogy that we've heard from a top Bollywood star so far. "I wasn't present when he made the comment but going by media reports I think what he said was unfortunate and insensitive," Aamir said. Salman Khan has been summoned by the National Commission of women for saying that filming his own wrestling movie Sultan made him feel "like a raped woman."