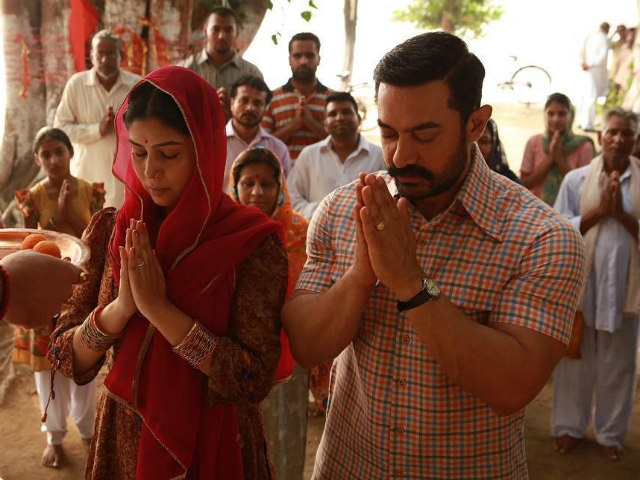 New Delhi: Aamir Khan's Dangal has clocked almost a month at the theatres, and its performance at the box office has been regarded as nothing less than "historic" by trade analyst Taran Adarsh, who closely documented the collections. Dangal's record-breaking success at the box office currently stands at Rs 376.14 crore, reports trade analyst Taran Adarsh. Dangal holds the record for highest single day earnings. Dangal released on December 23 and is well past PK's home collection of Rs 340 crore. Aamir Khan has been hailed by cine-goers and critics alike for putting in a career-best performance as the Haryanvi wrestler Mahavir Singh Phogat in the biopic.

Mr Adarsh also points out that Dangal made more than Rs 50 crores on its second day and provides a chronological break-up of the box office figures:

In an interview with Hindustan Times, the 51-year-old actor was asked about his views on starting the '300 crore club' with 2014's PK, and he said: "I haven't started any club (laughs). It's the media that has started all of it. It's a coincidence and I never even think about it. Let me put it this way: I am doing films that I love doing. I am enjoying my work. Whatever else is happening is a byproduct of it. Plus, it's happening on its own. I believe in what Rancho says in 3 Idiots, 'Chase excellence and success will follow you'."

Dangal fetched Aamir Khan the Filmfare Best Actor award earlier this month. Previously, he has thanked fans and followers for "owning" Dangal in a statement. "I am absolutely overwhelmed with all the love that Dangal has got. It is one of the most passionate responses I have ever received. I want to thank everyone for owning the film as their own. It's the biggest compliment a creative person can receive. Thank you from the bottom of my heart. And thank you Nitesh Tiwari (director)," Aamir said, reported news agency PTI.

Promoted
Listen to the latest songs, only on JioSaavn.com
Dangal introduced actresses Fatima Sana Shaikh and Sanya Malhotra, who play Mr Phogat's daughters - Geeta and Babita in the film. The Nitesh Tiwari-directed film also features child artists Zaira Wasim and Suhani Bhatnagar as the younger versions of Geeta and Babita. Dangal is based on the true story of Mr Phogat and stars TV star Sakshi Tanwar as the wrestler's wife Daya.