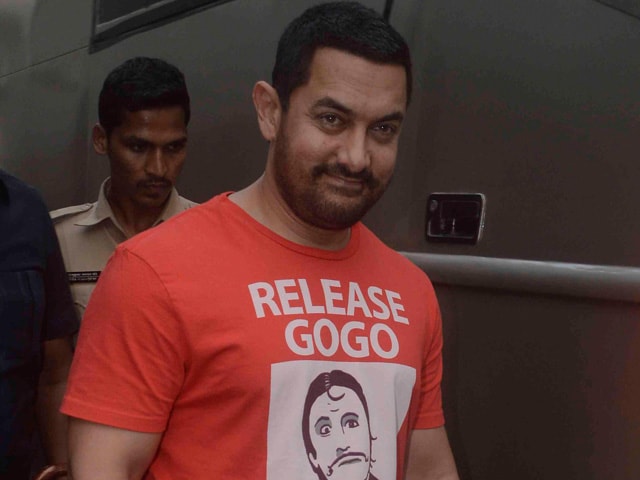 Image caption: Aamir Khan photographed at a studio in Mumbai.

New Delhi: Aamir Khan, who will next be seen as wrestler Mahavir Phogat in the Nitesh Tiwari-directed sports biopic Dangal, flew to Amritsar a few days ago to start work on the movie. The 50-year-old actor has generated several headlines because of the weight he's put on to play Mr Phogat, which has had his family worried. Here's just how much trouble the extra poundage is putting him through.

Big Boss 8 winner Gautam Gulati, who Aamir met on the flight, posted a selfie with the Khan on Instagram. The 95 kilos that Aamir's sized up to from his regular weight of 68-70 kgs are apparently causing him difficulty breathing and even trouble walking. (Also Read: Aamir Khan's Wife in Dangal Has Finally Been Cast. It's Not Mallika Sherawat)


Now what do i say about this man ,met him after years and we were in the same flight and how he gives respect to people is such an amazing thing about him ,He has put on 30 kgs and not feeling good,breathing problem because of putting on weight and cant even walk properly....but look at his dedication towards his job ,India mei aur kaun hai jo is level per mehnat karte hai ? Naam batao? ................ Nahi milega ........... because there is only one and that,s >>>>>>>>>>>>>>>>>>>>> #RESPECT#AAMIRKHAN #DANGAL

As Gautam says, that's some dedication. The Ghajini star will also have to lose weight during the schedule to film his scenes as the younger version of Mahavir Phogat.

This will be Aamir's first movie after the 2014 blockbuster PK, which also starred Anushka Sharma and Sushant Singh Rajput. Dangal is expected to hit screens next year December.