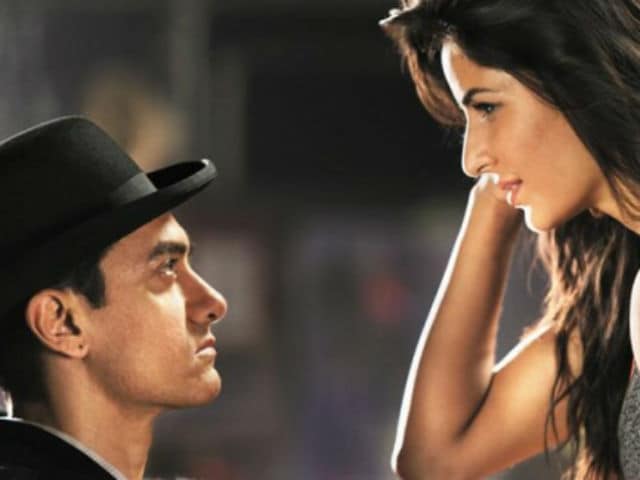 New Delhi: It's official. Actress Katrina Kaif is a part of Aamir Khan's upcoming film Thugs Of Hindostan. "Finally we have our last thug. Katrina! Welcome aboard Kat," Aamir tweeted. Thugs Of Hindostan, directed by Vijay Krishna Acharya, also stars Amitabh Bachchan. The film will be Katrina and Aamir's second project together. The actors previously collaborated for Dhoom 3, which released in 2013 and was directed by Mr Acharya. Few days ago, Yash Raj Films, the producer of Thugs Of Hindostan, announced that Aamir's Dangal co-star Fatima Sana Shaikh, will also be a part of the film. Thugs Of Hindostan is scheduled to go on floors next month.

Finally we have our last thug..... Katrina ! Welcome aboard Kat :-)

Fatima, who played Geeta Phogat in Dangal said that getting to work in the film was 'difficult.' "After Dangal, I was back to square one. For Thugs Of Hindostan also, I had to go through multiple rounds of auditions till I got the film. So, we can do several films, but every film will be like a first - at least it is so for me because you start from scratch. It feels unreal. It is a huge project and with one of the best production houses. And plus there's Amitabh sir and AK (Aamir). I feel very fortunate," Fatima told news agency IANS. Her look test for Thugs Of Hindostan was leaked on social media recently.

Thugs Of Hindostan will be Amitabh Bachchan and Aamir Khan's first film together.

Promoted
Listen to the latest songs, only on JioSaavn.com
Meanwhile, Katrina Kaif is currently filming Tiger Zinda Hai with Salman Khan. The film releases on Christmas this year. Thugs Of Hindostan will hit screens on Diwali next year.