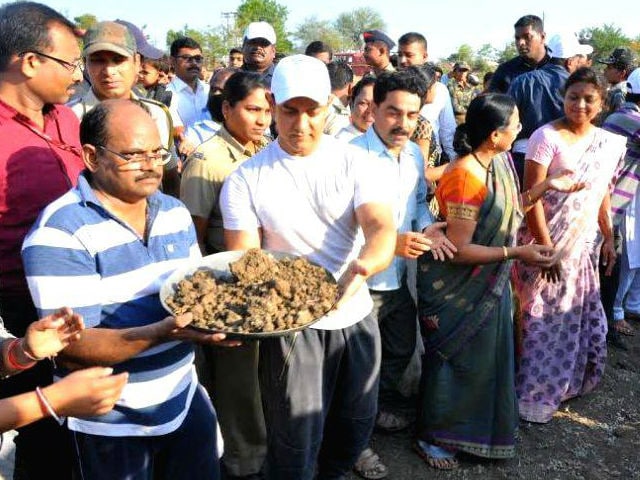 This image was posted on Facebook by Satyamev Jayate

NAgpur: Bollywood superstar Aamir Khan on Thursday lent his support to the water conservation efforts by attending a contest on the issue, conducted by the state government in Warud taluka of Vidarbha's Amravati district.

Aamir landed in Nagpur city on late Wednesday night. People at the Dr Babasaheb Ambedkar International Airport were surprised to see their favourite star in the city.

When he met Mr Fadnavis in mid-February, three drought-hit talukas or sub-districts of the state were selected for taking up water conservation through public participation. The talukas were Warud in Amravati district in Vidarbha, Ambejogai in Beed district of Marathwada, and Koregaon in Satara district in western Maharashtra.

Aamir has instituted a Satyameva Jayate Water Cup for the best worker in water conservation work.