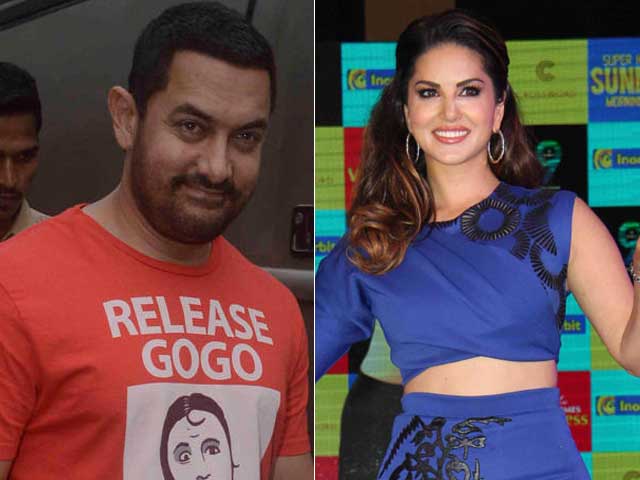 Hey @aamir_khan saw you in the Snapdeal Ad. Motte or not, you still look hot! Love you https://t.co/P1OaROETnc ;)

It took Aamir a couple of days to respond because a) he's busy filming and b) he's generally tardy with tweets (he was 30 minutes behind Shah Rukh Khan when they revealed the first look of Salman's Bajrangi Bhaijaan). But respond he did, and thanked Sunny nicely:

Thank you @SunnyLeone, you are too kind. Love. a.

The 50-year-old actor has just begun shooting sports biopic Dangal. He plays wrestler Mahavir Phogat and has put on some 25-odd kilos to play the older version of the role. He's so large now that he apparently has trouble breathing and walking. Aamir will also be losing the extra poundage to play Mahavir Phogat as a young man.

Dangal, which co-stars TV actress Sakshi Tanwar, is out next year and will be Aamir's first film since 2014 blockbuster PK.