Aamir Khan: 'I am On A Very Strict Diet For My New Film'

Aamir Khan was last seen in Thugs Of Hindostan 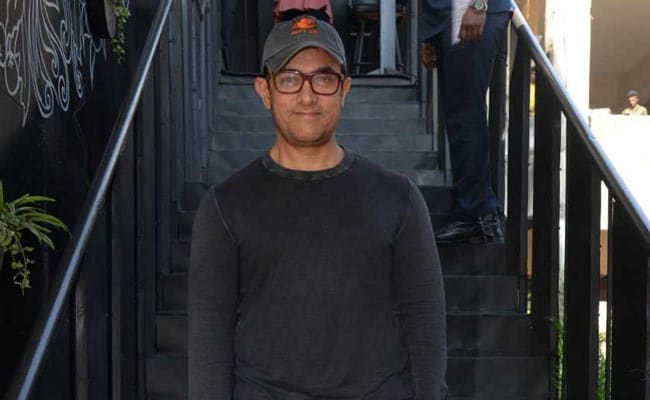 Aamir Khan is on a "strict diet" for his next film, the name of which he has refused to disclose. Speaking to news agency IANS the 53-year-old actor said that he is trying to get back in shape for his next film. "Earlier, I used to do so many things but now I am on very strict diet for my new film. So, I have started getting back into shape. I cannot tell you which one it is but it's for my new film," IANS quoted Aamir Khan as saying. As of now, Aamir Khan hasn't announced his next project yet but reportedly the actor is currently working on his dream project the Mahabharata series.

Aamir Khan had previously signed the biopic on astronaut Rakesh Sharma but backed out of the project later since he was occupied with Mahabharata, news agency PTI had reported. Writer Anjum Rajabali, who was looking forward to working with the actor in Salute (the biopic), which is now tentatively titled Saare Jaha Se Achcha said: "I have been very excited about the project. Like Aamir, I have been a big fan of Rakesh and now he is a good friend also. Frankly speaking, I was very keen that Aamir do it and he, at that moment, had liked it. "We had discussed it a lot. We had a lot of hopes for it but unfortunately (there was) the larger project of Mahabharata, which he was consumed by." Shah Rukh Khan has now been signed for the part.

Aamir Khan was last seen in Thugs Of Hindostan, which also featured Amitabh Bachchan, Katrina Kaif and Fatima Sana Shaikh. The Vijay Krishna Acharya-directed failed to work wonders at the box office. Speaking about the failure of the film Aamir said: "I would like to say that I take full responsibility for Thugs Of Hindostan not working with the audience. I think we went wrong. I would like to take full responsibility for that. You can be sure we tried our level best." Thugs Of Hindostan marked Aamir's first collaboration with Big B.

Ebrahim Alkazi Dies At 94: Nawazuddin Siddiqui And Others Pay Tribute To The "Architect Of The Modern Indian Theatre"