Aamir Khan On His Line-Up: Have To Look Slim And Lean In Next 2 Films

"There are two films (in consideration) and in both of then I have to look lean," said Aamir Khan 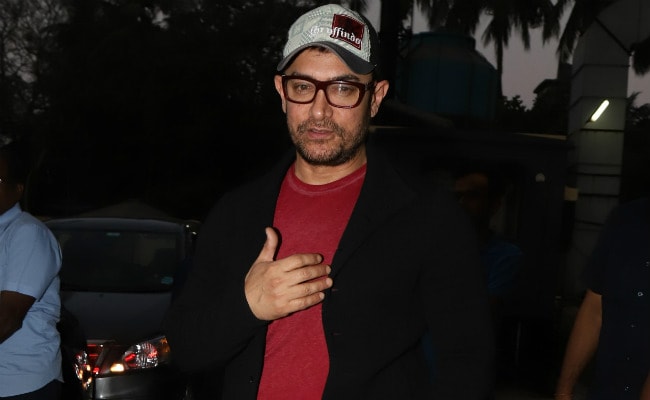 Aamir Khan, who is currently busy with the promotions of his new production venture Rubaru Roshni, briefly opened up about his line-up of films at a recent event, reported news agency PTI. Aamir Khan, who was last seen in Thugs of Hindostan and is now rumoured to be making the much talked-about Mahabharata, revealed that he's required to sport a leaner look in two of his upcoming projects. "I'll start preparing for my next because I have to look slim and lean. There are two films (in consideration) and in both of then I have to look lean," PTI quoted him as saying.

While Aamir did not divulge the titles of his upcoming projects, he added that he has as many as four scripts to pick his next film from. "This time I have four good scripts! I don't know which one will be the exact one, as I haven't 100 percent zeroed in on that but I'll know within a month. Most probably I'll be producing it," said the 53-year-old actor.

Aamir Khan has a history of undergoing striking physical transformations. In December 2016, He sized up to 90-95 kilos to play the Haryanvi wrestler Mahavir Singh Phogat in Nitesh Tiwari-directed wrestling drama Dangal. Aamir had complained of difficulty in breathing and trouble walking at that time. Soon after, he also featured in headlines for losing that extra weight to feature as the younger version of the wrestler. After a supporting role in Secret Superstar, Thugs Of Hindostan was his next film, for which he had to return to his regular weight - 70 kilos, which is also less than what he weighed during the shoots of Dhoom3 and PK.

Can't wait to see Aamir Khan in his new look! Can you? Tell us in the comments below.