Everything You Want To Know About Aamir Khan's Rubaru Roshni

Aamir Khan said: "I think what the film is saying is much larger than any one event. It talks about the healing power of forgiveness" 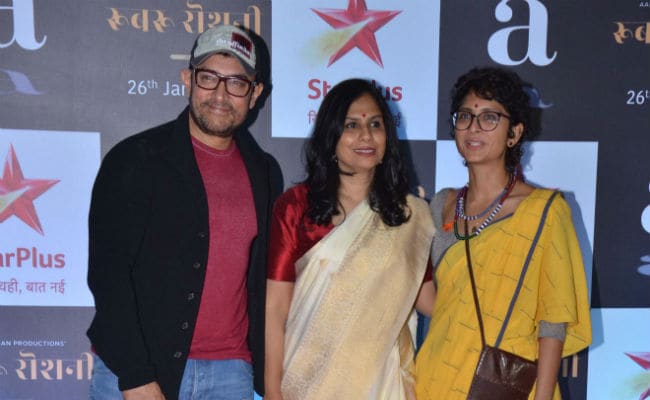 Superstar Aamir Khan, who is looking forward to the release of his production venture titled Rubaru Roshni, has said his forthcoming film is very introspective in its nature. Aamir Khan was interacting with the media at the special screening of Rubaru Roshni along with film's director Svati Chakravarty on Thursday in Mumbai. Rubaru Roshni revolves around the virtue of forgiveness. The film talks about Khalistan movement which was at its peak during 1984 and terrorist attack on Mumbai on November 2008.

Talking about how he decided to produce Rubaru Roshni, Aamir Khan said, "When Svati (Svati Chakravarty) told me that I want to make a film on forgiveness, I said 'I am on, and that 'we are producing it and you make it.' That time, we didn't know in which medium we will show it to the audience. I had no idea about whether we are going to release it theatrically or on digital platform, but I told Svati that 'you must make this film' and when it will be ready then, we will think of the medium."

Aamir Khan said Rubaru Roshni is very introspective in its nature. "When I saw the first cut of the film, it impacted me a lot and the first thought that came to my mind was that we hold grudge against someone over petty issues and in that situation, we hurt ourselves. In this film, we have shown people who have faced larger tragedies in their lives, but have been able to overcome them. It made me think about myself and all my relationships with people so, I found this film as very introspective in its nature."

Did he have any doubts before coming onboard for the film because the film shows some major political and terrorism related events? "I think what the film is saying is much larger than any one event. It talks about the healing power of forgiveness. I feel the biggest thing is to forgive someone who has hurt you or upset you," said Aamir Khan.

Hey guys, our next film from AKP is premiering on @starplus , on 26th Jan at 11am. It's something that Kiran and I have produced, and which we are very close to. Rubaru Roshni. Directed by Svati Chakravarty. Don't miss it. Love. a. #RubaruRoshni @svatichakravarty

He made it clear that makers of the film haven't made any sort of commentary on political events.

Rubaru Roshni is produced by Aamir Khan and Kiran Rao under the banner of Aamir Khan Productions.

Rubaru Roshni will premiere on Star network's all channels on Republic Day at 11 am.