Aamir Khan is not part of theSalute either as an actor or as a co-producer. 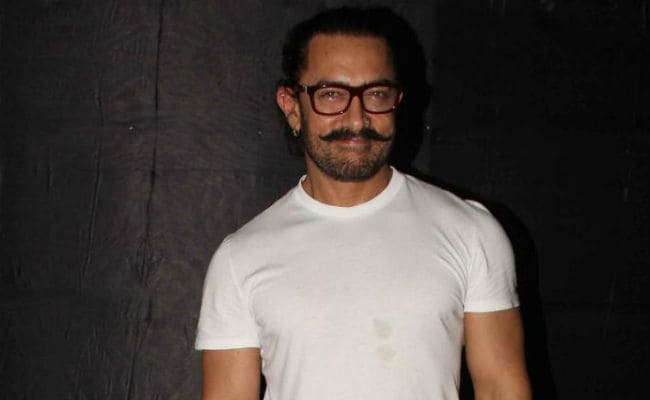 New Delhi: Aamir Khan, who is gearing up for upcoming action-drama Thugs of Hindostan, has reportedly backed out from Rakesh Sharma's biopic, titled Salute. Aamir apparently wants to focus on his dream project Mahabharat, which would be a 5-movie series. It would roughly take up 10 years of his life. "Aamir is not a part of the Salute, the tentative name for Rakesh Sharma biopic. He's not in it, either as an actor or as a co-producer," SpotboyE reported. But, now with Aamir Khan backing out of the Salute, it is alleged that the project is shelved at the moment. "The superstar is indeed working on Mahabharat. In fact, the pre-production work on the franchise has already begun." SpotboyE quoted a source as saying.

Aamir Khan is reportedly not planning to do any other film for nearly a decade, starting this year, after Thugs Of Hindostan. After quitting Salute, Aamir Khan reportedly informed Priyanka Chopra that that the film is not happening. "He told Priyanka Chopra that she longer needed to block her dates for the biopic as the film was not happening in near future as he was quitting it," reports SpotboyE.

Earlier in a report published in Mumbai Mirror, it was said that Aamir Khan, 52, was keen on co-producing Salute with Siddharth Roy Kapur. Priyanka Chopra and Ranveer Singh were reportedly offered the film. Salute would have been Aamir Khan's second biopic after Dangal.

Aamir Khan was last seen in in Dangal and if reports are to be believed than Thugs of Hindostan might be his last project for a couple of years. The Vijay Krishna Acharya-directed Thugs of Hindostan is based on an 1839 novel by Philip Meadows Taylor, Confessions of a Thug and the star cast includes Katrina Kaif, Amitabh Bachchan, and Fatima Sana Sheikh.
Comments
aamir khanmahabharata