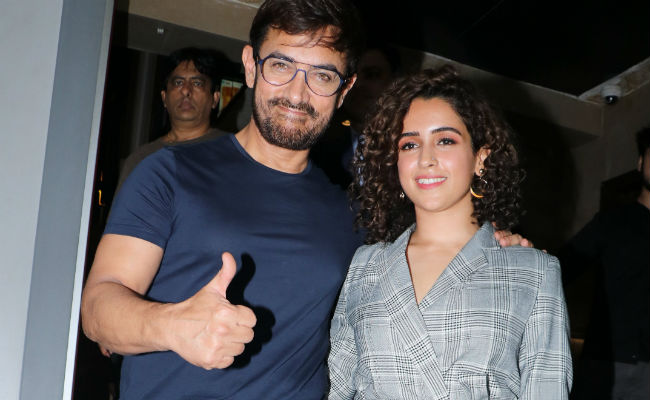 Aamir Khan with Sanya Malhotra at the screening of Pataakha

Sanya Malhotra dialed up the numbers of her team Dangal to support her new film Pataaha which hits the screens today. Sanya's team members, with Aamir Khan and Fatima Sana Shaikh leading the way, attended a special screening of Pataakha, directed by Vishal Bhardwaj, in Mumbai on Thursday. Apart from Aamir and Fatima, actors Sakshi Tanwar (Sanya and Fatima's onscreen mom), Zaira Wasim (who played young Geeta Phogat) and Aparshakti Khurana attended the screening. Ashwiny Iyer Tiwari substituted for her husband Nitesh Tiwari, the director of Dangal. Aamir, who had complimented Sanya in the trailer of Pataakha, seemed impressed by her work in the new film.

Outside the theatre, Aamir Khan posed with Sanya and gave a gleeful thumb-up to the paparazzi. The actor attended the screening without his wife Kiran Rao, who is frequently spotted with the Dangal gang. 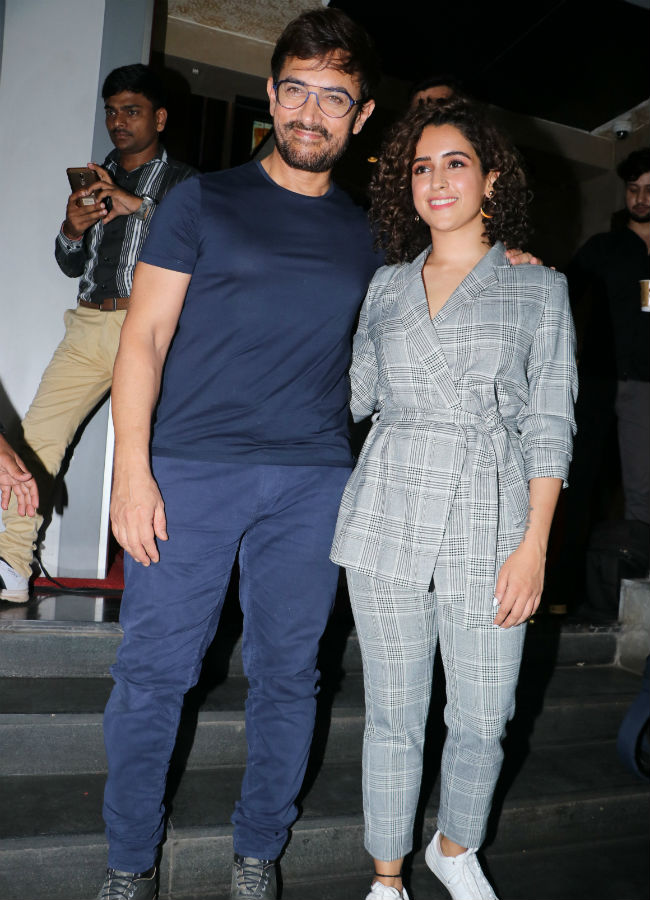 Aamir Khan with Sanya at the screening of Pataakha 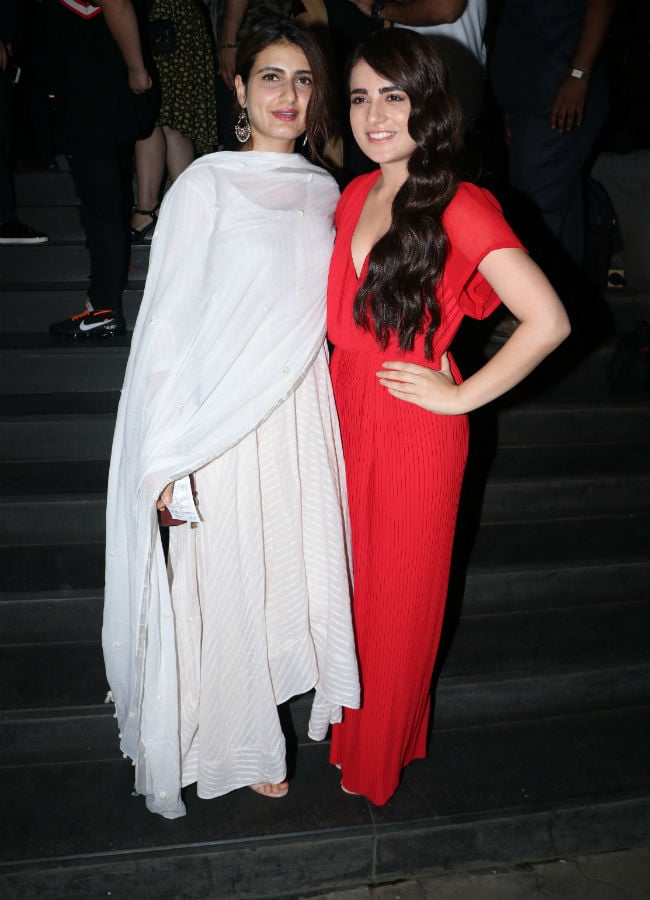 And here are other members of team Dangal, who turned up to support Sanya for Pataakha. 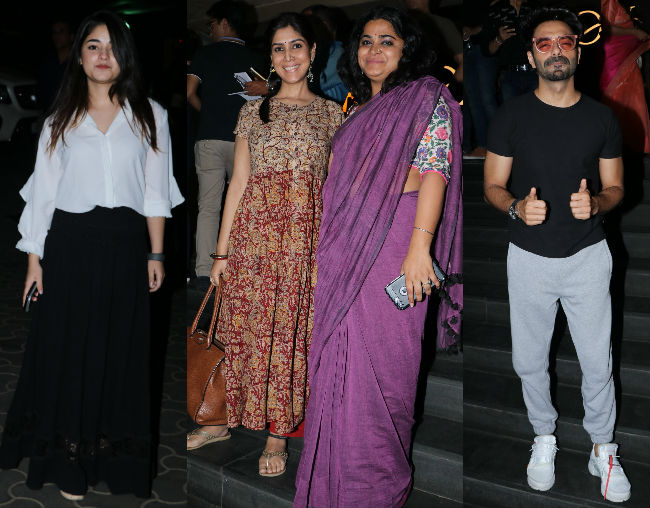 Celebs at the screening of Pataakha

After Pataakha, Sanya Malhotra will be seen in Badhaai Hoand her co-star from the film Neena Gupta also attended the screening. 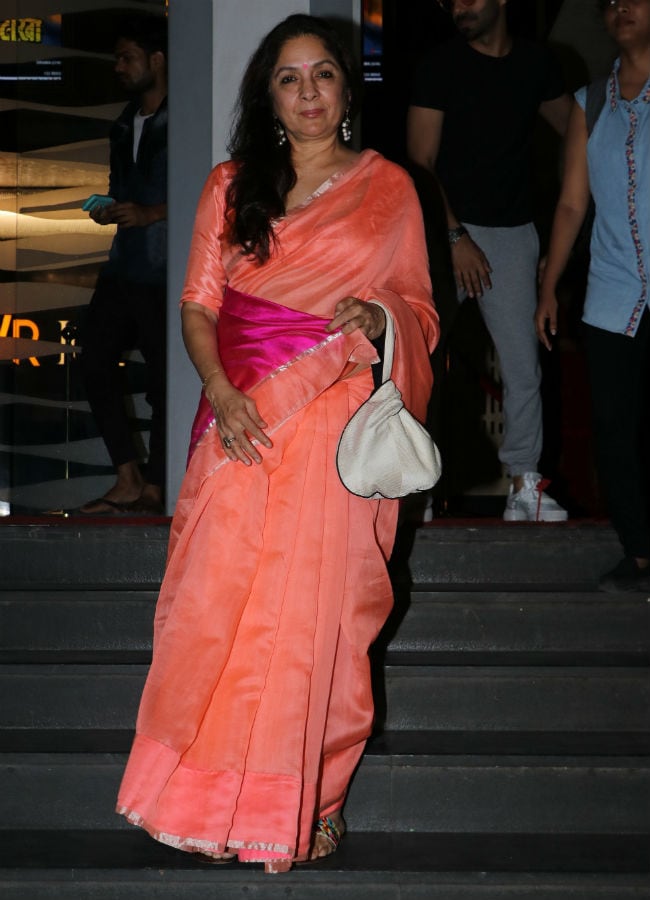 Neena Gupta was also in attendance