Aamir Khan And Shah Rukh Khan Are 'Just Friends,' Not Co-Stars, For Now 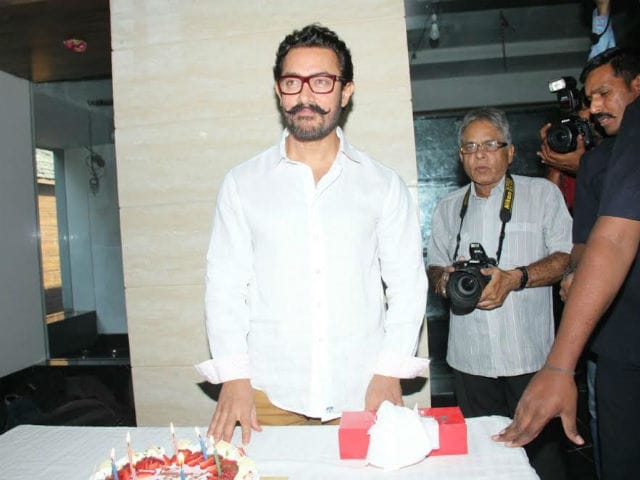 New Delhi: Aamir Khan, who was recently spotted hanging out with Shah Rukh Khan and Netflix CEO Reed Hasting , told news agency PTI that he is not collaborating with the Dear Zindagi actor as of now and that their meeting was a 'casual' one. The Dangal actor said: "No, I met him (Shah Rukh) twice in the last few months. Once at Ajay Bijli's party, where we met after a long time. It felt wonderful spending time with him. Recently there was a get together at his place. We are meeting casually, just as friends. We haven't discussed work." Aamir, who is celebrating his 52nd birthday today, also dismissed reports of working on a biopic based on astronaut Rakesh Sharma, the first Indian to fly into space. He told PTI: "I haven't signed any other film as of now."

The Taare Zameen Par actor, who will be collaborating with superstar Amitabh Bachchan for the first time in his upcoming film Thugs Of Hindostan, added : "This year I am very excited for one thing. I am a fan of Amitji and this is my first chance of working with him. I am so excited. The kind of actor that he is, the level that he has, I am sure I will learn a lot from him and it will be a very memorable experience for me."

Thugs Of Hindostan has been directed by Vijay Krishna Acharya and is slated to release next year. Aamir Khan's picture donning a sardar look had recently gone viral on social media. Speaking about his character in the film, Aamir told PTI: "We are still experimenting with different looks. This is one among them. But this is not the final look."

Promoted
Listen to the latest songs, only on JioSaavn.com
Aamir Khan was last seen in the 2016 sports drama movie Dangal, directed by Nitesh Tiwari. He will next be seen in Secret Superstar co-starring Zaira Wasim, Meher Vij. The film is being directed by Advait Chandan and produced by Aamir Khan and his wife, Kiran Rao.