The actress took us inside her "Nia Niwas" on Tuesday 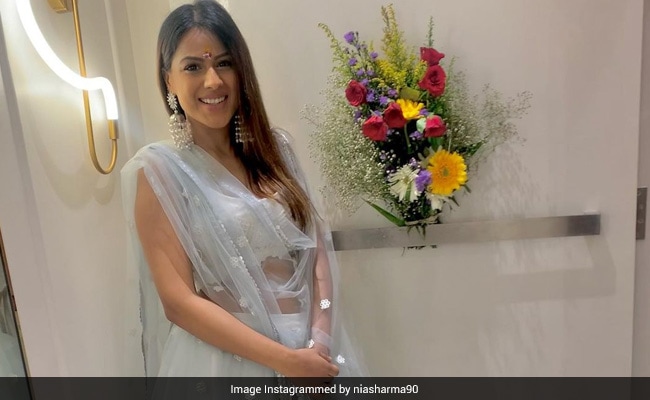 Nia Sharma, what an amazing home! The actress, on Tuesday, took us inside her "Nia Niwas" and her new home is everything beautiful. In her latest Instagram post, Nia Sharma shared pictures from the griha pravesh puja of her new house. The interiors of the actress' newly furnished home are all-white, comprising floor-to-ceiling windows and modern chandeliers. Nia Sharma also shared the spectacular view of Mumbai's skyline from her house. In the pictures, the actress looks stunning in a white lehenga. Her post has gone crazy viral on the Internet. Check it out here:

Nia Sharma's brother Vinay also shared glimpses of their new "abode" on Instagram. "Happiness is cutting the tags right before wearing your new clothes in your new abode," he wrote. See his post here:

A few days ago, Nia Sharma shared a picture of herself watching the recently-released web-series Mumbai Diaries 26/11 in what appears to be her old house. "What a brilliant show! Started watching and now glued to it like nothing else," she captioned the photo. Take a look:

She was last seen in a music video titled Do Ghoont.