A Salman Khan Update To Kick-Start Your Day

Salman Khan will collaborate with Sajid Nadiadwala for Kick 2, releasing in December 2019 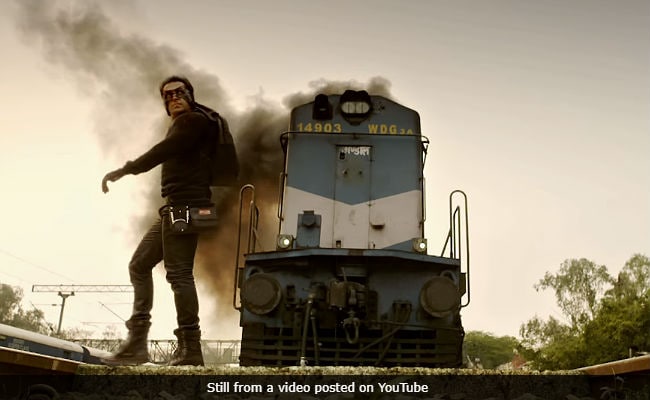 Salman Khan in a still from Kick. (Image courtesy: YouTube)

New Delhi: Salman Khan will return as Devil in Kick 2, Sajid Nadiadwala confirmed on Twitter. "The wait is over! #DEVILisBACK!! Sajid Nadiadwala's Kick 2, starring Salman Khan releases on Christmas 2019," read a tweet posted on the official Twitter handle of Nadiadwala Grandson. Kick 2 is the sequel of 2014's blockbuster Kick, which featured Jacqueline Fernandez opposite Salman Khan. Unlike Kick 2, Kick released on Eid, which has proved to be extremely successful for Salman Khan's (except a few glitches like Tubelight). Also, with the announcement of Kick 2 releasing on Christmas 2019, Salman Khan has booked two major release spots as his film Bharat is expected to hit the screens on Eid 2019.

Take a look at the Kick 2 announcement.

As of now, Salman is busy filming Race 3 with director Remo D'Souza. Salman replaced Saif Ali Khan as the lead of the Race franchise and he will be joined by his Kick co-star Jacqueline in the film. Race 3 also stars Daisy Shah, Bobby Deol and Anil Kapoor (the only original member of the Race team).

Promoted
Listen to the latest songs, only on JioSaavn.com
After Race 3, Salman Khan will focus on Bharat, which is his third collaboration with director Ali Abbas Zafar after Sultan and Tiger Zinda Hai, which released a few days before Christmas and was a soaraway success. Bharat is produced by Salman's brother-in-law Atul Agnihotri.

In between, Salman Khan will also produce his brother-in-law Aayush Sharma's debut film titled Loverati, co-starring newcomer Warina Hussain. Salman introduced Warina in a way no one will forget soon.