A Pic From Renee Sen And Darsheel Safary's Work Diaries

Renee Sen made her acting debut with the short film Suttabaazi 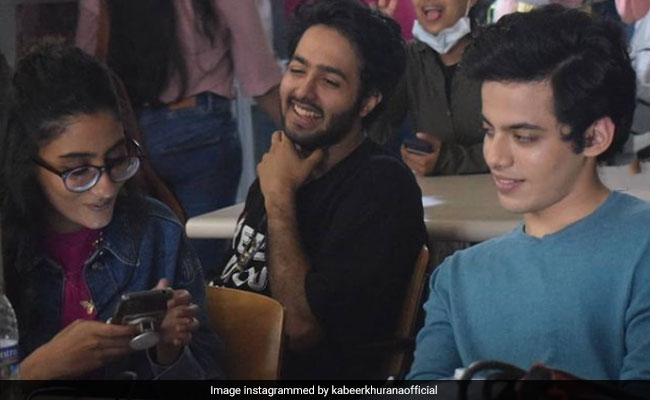 Sushmita Sen's daughter Renee Sen and Tare Zameen Par actor Darsheel Safary are co-stars in the upcoming short film Dramayama. The film's director Kabeer Khurana shared a few BTS pictures from the film's shoot on his Instagram profile, which placed the duo on the trends list. Sharing a BTS picture from the film's set, the director Kabeer wrote in his Instagram story: "Okay takes: Happy faces." In the aforementioned picture, the actors can be seen smiling. Renee Sen made her acting debut with the short film Suttabaazi, for which she received massive praise. 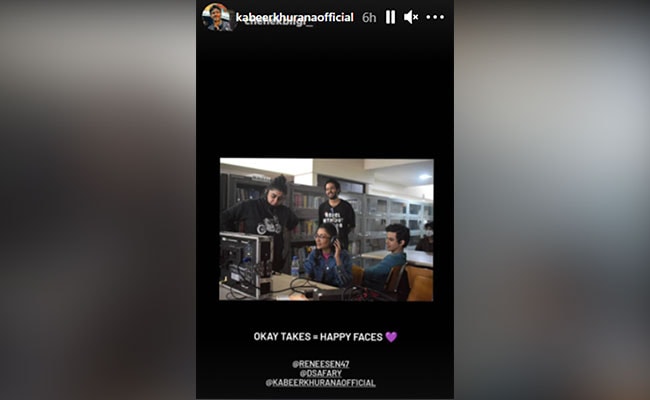 A few days ago, Renee Sen trended big time after she posted pictures of herself with Darsheel Safary and she wrote in her note, "We may not have a lot of pictures together but the memories made while shooting and the workshops are forever! You are kind, funny, helpful and an amazing friend! So happy I worked with you so early on because I know it's made me a better actor and person! Lots more madness and fun are pending! PS: Miss our unique handshake already!"

Darsheel Safary is best-known for starring in Aamir Khan's 2007 hit Taare Zameen Par, in which he played the role of a dyslexic student. He later featured in films like Bumm Bumm Bole, Zokkomon and Midnight's Children.

Renee Sen, in an interview with NDTV earlier this year, said, "I am aware of how privileged I am. I know there are lakhs of people coming to Mumbai to become actors. I don't want to boast but being her daughter has been the biggest privilege. So, the biggest disservice I will do if I am dishonest to my work."