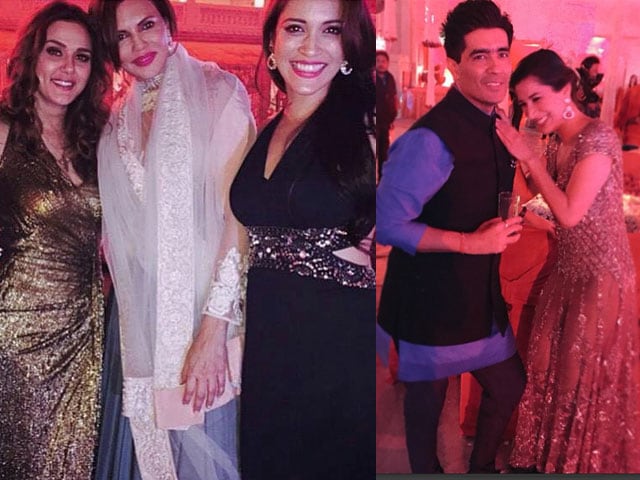 The image on the right was posted on Instagram by sophiechoudry

The last leg of the wedding festivities of UK-based billionaire Sanjay Hinduja and his long-time girlfriend, designer Anu Mahtani, kicked-off with a three-day extravaganza in Udaipur on February 10.

Manish Malhotra shared a view from the city's iconic Lake Palace Hotel where some of the functions happened.

A cold early morning view from the the lake palace hotel here in udaipurpic.twitter.com/Hiv8iMTzkC

Hinduja wedding celebrations begin :-) here with the Beautiful Bride to be ANU :-) in my Beige and silver outfit. pic.twitter.com/jabK3FdKBq

Manish also posted pictures of Sophie and Preity looking dazzling in his creations.

Sophie and Nicole Scherzinger seemed to have had a blast at the wedding functions. 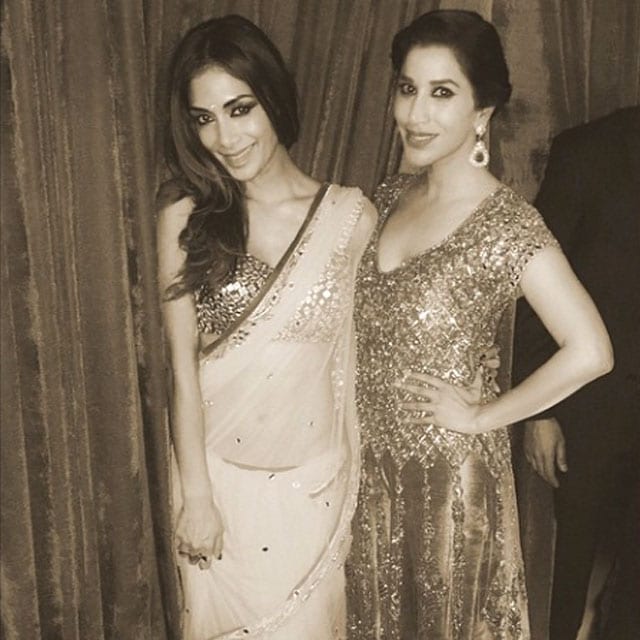 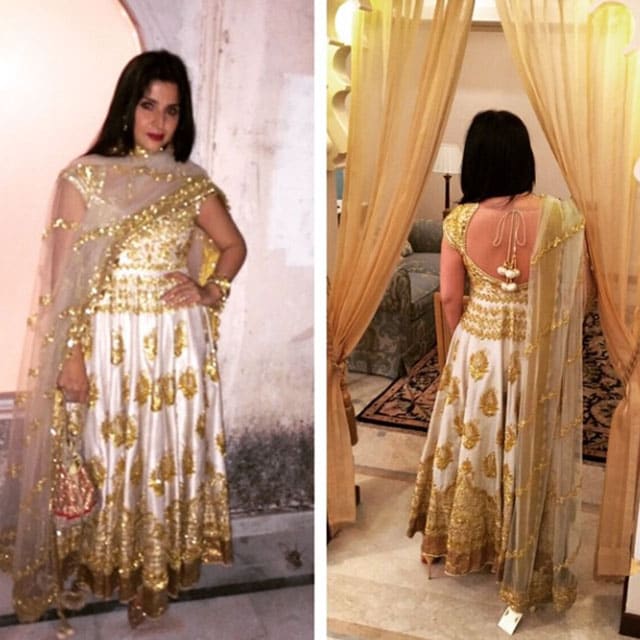 The pre-wedding party which took place in Mumbai was an equally grand affair and was attended by the likes of Mukesh and Nita Ambani, Madhuri Dixit, Anil Kapoor, Jackie Shroff, Luv Sinha, Kussh Sinha, Nitin Gadkari, Poonam Dhillon and designer Shaina NC, among others.