A young Abhishek can be seen admiringly looking up at Jackie and Big B, who are busy in conversation. 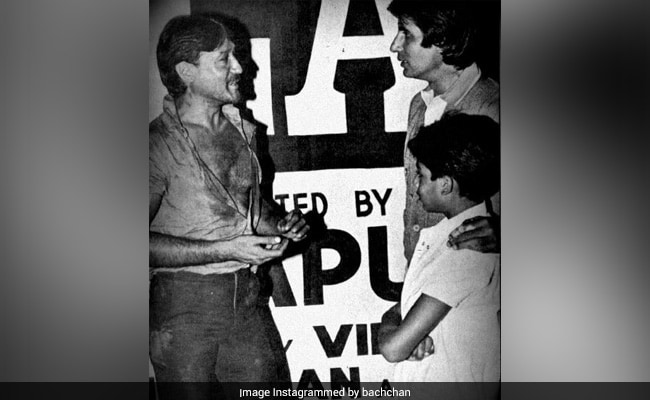 Abhishek Bachchan's Flashback Friday post arrived late but is worth the wait. The 44-year-old actor dug out an old memory, featuring his dad, megastar Amitabh Bachchan, and Jackie Shroff along with himself as a little kid, to write a simple yet beautiful note dedicated to the two powerhouse actors. "Still look up to both of them," Abhishek captioned his post. In the black and white photo, which appears to be from at least three decades ago, Abhishek can be seen accompanying dad Big B during one of his interactions with Jackie Shroff. A young Abhishek can be seen admiringly looking up at Jackie and Big B, who are busy in conversation.

#flashbackfriday Still look up to both of them. @amitabhbachchan @apnabhidu

During the release of Housefull 3 in 2016, Jackie Shroff had shared an adorable anecdote about Abhishek from many years ago: "I was shooting for a film when Abhishek Bachchan and his sister Shweta came to take my autograph. I was in a hotel room when I was informed that Amitabh Bachchan's children want to meet me and want my autograph. I felt like a star," news agency PTI reported. "Abhishek is a very focused and dedicated actor. He is a great kid," Jackie Shroff had said about his Housefull 3 co-star.