"It will take us many, many years to register that he is not among us anymore," said Anupam Kher 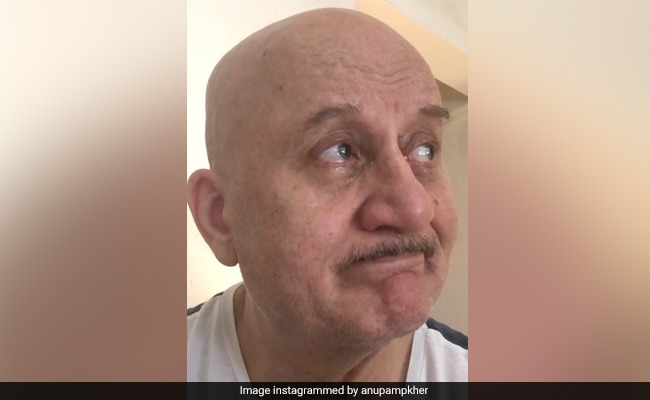 Anupam Kher in a still from the clip. (Image courtesy: anupampkher )

"It is too soon...53 is no age," said Anupam Kher in an emotional video message after his dear friend Irrfan Khan died at Mumbai's Kokilaben Dhirubhai Ambani Hospital on Wednesday. Anupam Kher worked with Irrfan Khan in a few films between 2000-2010. They were also colleagues at the National School of Drama. Sharing a heart-wrenching video for the Piku actor, Anupam Kher said that it's "frightening" for him to talk about his friend in the "past tense" and added that it will take him many years to accept Irrfan Khan's death. In his tribute to the late actor, Anupam shared a video, in which he said: "I am completely shattered and deeply saddened to know about the passing away of a very dear friend and colleague at Drama School Jr, Irrfan Khan. It is not only the loss of the Hindi film industry but it is the loss of the country and the international entertainment world."

The Saaransh actor added: "He was an amazing actor that goes without saying and a wonderful human being. A straightforward person with a great sense of humour. It's so frightening and awful to talk about him in the past tense. I feel that it's too soon and 53 is no age! In fact, in today's time, we are already struggling with this pandemic and trying to hold back our depression, our sadness and for this news to come...It's very sad. It will take us many, many years to register that he is not among us anymore. Sometimes the words are so insufficient to express shock and grief. I will miss him, the world will miss him."

At the end of the clip, the actor gets teary-eyed while talking about his friend.

Nothing can be more heartbreaking and tragic than the news of passing away of a dear friend, one of the finest actors and a wonderful human being #IrrfanKhan. Saddest day!! May his soul rest in peace. #OmShanti

Irrfan Khan died at the Mumbai hospital, where he was being treated for a colon infection, on Wednesday morning. He was battling a tumour for several months.