"48 Years And A Lifetime To Go": Sonam Posts Throwback Pics On Anil And Sunita Kapoor's Anniversary

"There's not a day that goes by where I'm not blown away by how in love you two still are," Sonam Kapoor wrote on her parents' anniversary 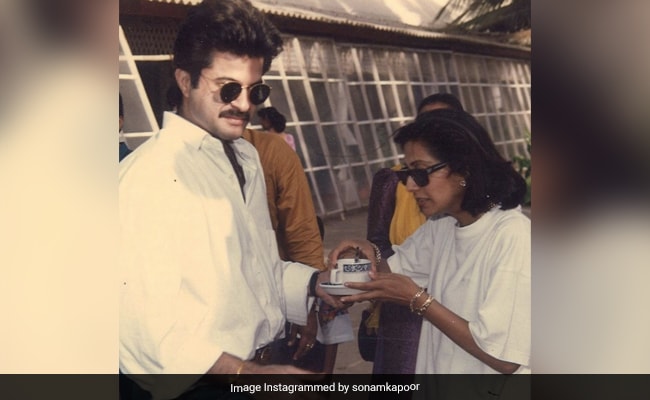 Sonam Kapoor, who is currently in London with her husband Anand Ahuja, wished her parents - Anil Kapoor and Sunita Kapoor - with a heart-warming Instagram note on their anniversary. Sonam also added a note of gratitude, thanking her parents for teaching her the true meaning of love. "There's not a day that goes by where I'm not blown away by how in love you two still are. Thank you for teaching me that no matter what happens in life, love and family champions everything. 37 years of marriage and 11 years of dating (48 years), and a lifetime to go," read an excerpt from Sonam Kapoor's post. "How I wish I could've hugged you both in person right now. Happy anniversary, Maa and Daddy. Love you," she added.

In the comments section, Anil and Sunita Kapoor wrote how much they miss being with their daughter: "Love you and miss you all so much."

Sonam Kapoor's Instagram post comprised a bunch of then-and-now photos of her parents, including a few never-seen-before throwbacks. In one, Sunita and Anil Kapoor can be seen sharing a cuppa and in another, they appear busy in conversation. On a side note, we would like to add that age is just a number for Anil Kapoor - these photos are proof.

Meanwhile, here's how Anil Kapoor wished wife Sunita on their wedding anniversary today: "All the love stories and quotes about love fall short in front of our love story. With you by my side I know I'm safe, loved and happy! You are the bedrock of our combined families and we don't know what we'd do without you in our lives! I promise to spend my life making you feel loved and treasured in the way that you deserve it... Happy Anniversary!" Just like Sonam, Anil Kapoor too put together a bunch of throwback photos.

Anil Kapoor and Sunita Kapoor are also parents to daughter Rhea Kapoor and son Harshvardhan, who is an actor.