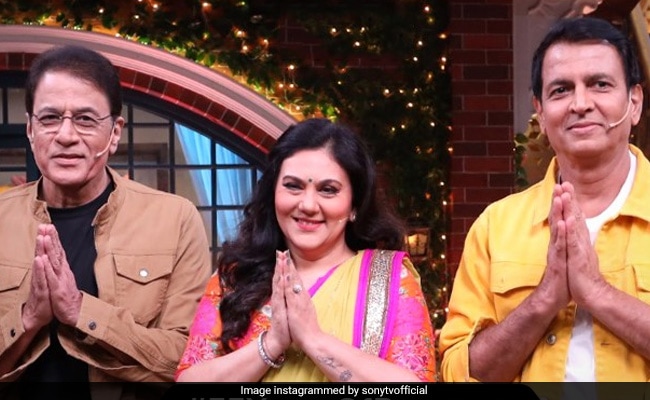 Three actors from the golden age of Doordarshan reunited recently on a somewhat unexpected stage - The Kapil Sharma Show - 33 years after appearing on the show that made them famous. Arun Govil, Deepika Chikhalia and Sunil Lahri, known to fans of Ramanand Sagar's Ramayan as Lord Ram, Sita and Lakshman, appeared on an episode of Kapil Sharma's talk show, the makers of which shared a video on Instagram. The promo video was replete with jokes. In the video, the show's host Kapil Sharma asked Arun Govil if he ever felt itchy in the heavy costumes and crowns of the TV epic. Arun Govil, now 71, revealed that there was point of time when he felt "itchy by just seeing the costumes." Deepika Chikhalia, 54, revealed that she became so identified as Sita even off screen that people rarely greeted her with "hi or hello"; instead, they always bowed down before her with folded hands. Kapil made a reference to Nawazuddin Siddiqui's famous dialogue from Sacred Games and asked the veteran actors if they ever said to themselves, "Kabhi kabhi toh lagta hai apun hi bhagwan hai." In the video, we also got a glimpse of Sunil Lahri, who played Lord Ram's brother Lakshman.

A post shared by Sony Entertainment Television (@sonytvofficial) on Mar 2, 2020 at 9:12am PST

Earlier, a picture collage of Arun Govil, Deepika Chikhalia and Sunil Lahri from Ramayan, juxtaposed with a recent picture of the stars from The Kapil Sharma Show was shared on Sony TV's official Instagram page. "Nostalgia takes over this Saturday on The Kapil Sharma Show at 9:30 pm," read the caption.

Written, produced and directed by Ramanand Sagar, Ramayan first aired on Doordarshan in 1987 and swiftly acquired cult status. Entire families reserved their Sunday mornings to watch Ramayan, which boasted several well-known stars among its cast - Dara Singh played Hanuman, Lalita Pawar was cast as Manthara, and Vijay Arora played Indrajit. The show also made stars of not only its lead actors but also others cast in pivotal roles, among them Arvind Trivedi as Ravana.