Kiara Advani will be next seen in Govinda Naam Mera 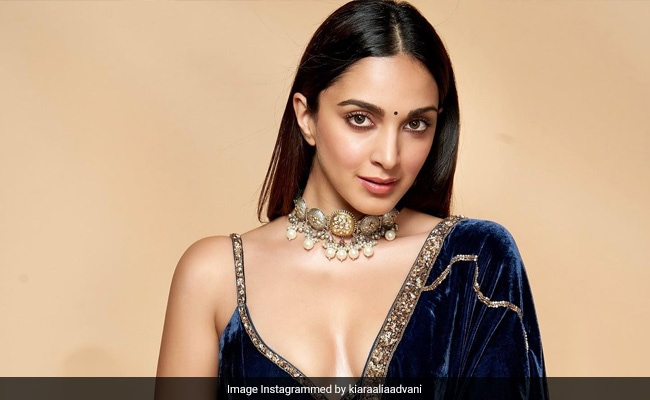 Kiara Advani, who had a great year so far in terms of movies, is very busy with the shootings and promotions of her upcoming films. In three days, the actress had a power-packed schedule. First, she wrapped the Rajkot schedule of Satyaprem Ki Katha with Kartik Aaryan. Then she unveiled the trailer of Govinda Naam Mera, co-starring Vicky Kaushal and Bhumi Pednekar, at the launch event and last, she jetted off for the shoot of her third film RC 15 with Ram Charan.

After Mumbai and Ahmedabad schedules, Kiara Advani wrapped the Rajkot schedule of Satyaprem Ki Katha on Saturday. Then the next day (Sunday), she took a morning flight to Mumbai to attend the Govinda Naam Meratrailer launch in the afternoon, followed by several interviews. On Monday, the actress jetted off to New Zealand for the shooting of her next film with Ram Charan.

This year, the actress has been part of two films, Bhool Bhulaiyaa 2 and Jugjugg Jeeyo. Both films were well-received by the audience and critics. Now, the actress will be closing the year with her upcoming film Govinda Naam Mera, co-starring Vicky and Bhumi. Helmed by Shashank Khaitan and produced by Karan Johar, the comedy-thriller will stream on Disney Plus Hotstar on December 16.

Speaking about her films Satya Prem Ki Katha and RC 15, both will release next year. Helmed by Sameer Vidwans, Satyaprem Ki Katha, the musical-romantic drama, will be Kiara's second film with Kartik Aaryan. The movie is scheduled to release in theatres on June 29, 2023. On the other hand, S Shankar's RC-15 is a political action thriller drama. It is touted as one of the most expensive films and will include large-scale song shoots in India.