In her latest post for her late husband, Mandira Bedi shared some beautiful memories she made with Raj Kaushal 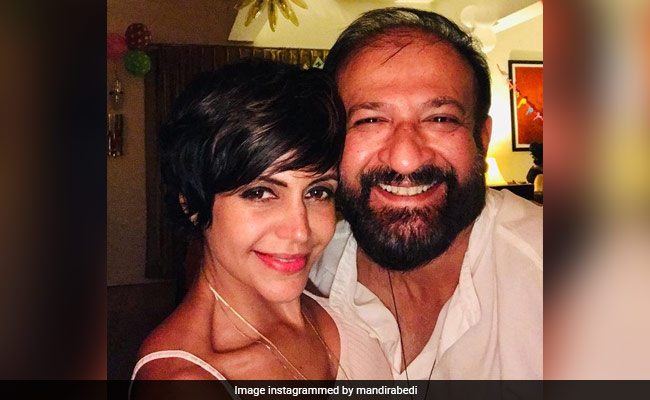 Mandira Bedi remembered her husband and filmmaker Raj Kaushal in an emotional post on Wednesday evening. Raj Kaushal died due to cardiac arrest at the age of 49 on June 30. In her latest post for her late husband, Mandira Bedi shared some beautiful memories she made with Raj Kaushal in the past 25 years and wrote: "25 years of knowing each other. 23 years of marriage. through all the struggle. through every crest and trough...." The photos feature the actress and the filmmaker smiling while posing for the camera. Mandira Bedi married Raj in 1999. The duo welcomed son Vir on June 17, 2011. They had adopted daughter Tara in July last year.

Take a look at Mandira Bedi's post for her husband here:

After Raj Kaushal's death, Mandira Bedi remembered him in a heartbreaking post on Instagram. She shared this:

Mandira Bedi has featured in television shows like CID, 24 and Kyunki Saas Bhi Kabhi Bahu Thi and movies such as Dilwale Dulhania Le Jayenge, Naam Gum Jaayega, Meerabai Not Out and Saaho. She is best-known for her titular role in TV show Shanti. She has also hosted shows such as Fame Gurukul, Indian Idol Junior and India's Deadliest Roads.