Kedarnath may affect the box office collection of 2.0 in the upcoming week 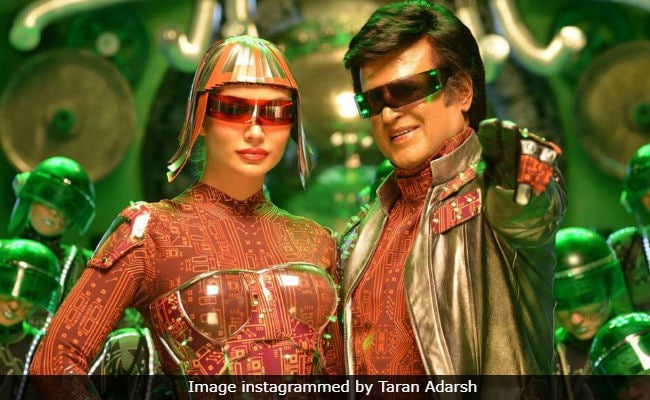 Rajinikanth's 2.0 (Hindi version) collected a little over Rs 139 crore in the extended first week, which as per trade analyst Taran Adarsh is "excellent." However, he added that the upcoming week will determine the film's success, in terms of lifetime business. "2.0 has an excellent (extended) Week 1. Week 2 holds the key (and it) will give an idea of its lifetime business," tweeted Taran Adarsh. This week's big release is Kedarnath, which has generated fair bit of curiosity among cine-lovers because it launches Saif Ali Khan and Amrita Singh's daughter Sara Ali Khan. Kedarnath opened to lukewarm reviews but Sara's performance has been praised by the film critics.

Therefore, Kedarnath may affect the box office collection of 2.0 in the upcoming week, which is so crucial for the film. Kedarnath is directed by Abhishek Kapoor and it also stars Sushant Singh Rajput.

Meanwhile, 2.0, directed by S Shankar, collected over Rs 500 crore worldwide in the first week. The film was made on a budget of over Rs 500 crore and it recovered nearly Rs 370 crore through the sale of the film's satellite and digital rights.