102 Not Out Box Office Collection Day 4: Experts suggest that Monday has been 'super strong' for the film 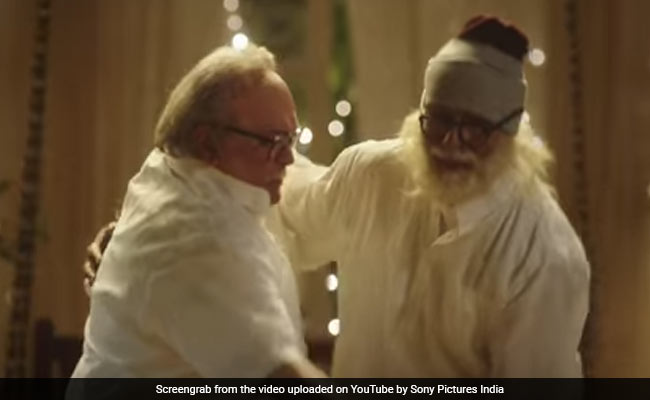 New Delhi: Inspite of a decline in collection on Monday, Amitabh Bachchan and Rishi Kapoor's 102 Not Out continues to rule the box office. Experts suggest that Monday has been 'super strong' for the film and 102 Not Out went on to collect Rs 3.20 crore on day 4. Bollywood trade analyst Taran Adarsh tweeted: "102 Not Out is NOT OUT on Mon... Is SUPER-STRONG on the first weekday... Decline on Mon [vis-a-vis Fri] is a mere 9.09%, which is EXCELLENT trending... Fri 3.52 cr, Sat 5.53 cr, Sun 7.60 cr, Mon 3.20 cr. Total: Rs 19.85 cr. India biz" (sic). Weekend collections have been excellent for the film and it has witnessed gradual flight in earnings. So far, Sunday has been 'superb' for the Amitabh Bachchan and Rishi Kapoor starrer and by the end of day 4, the collection stands at Rs 19.85 crore.

In his film review for NDTV, film critic Saibal Chatterjee wrote: "Umesh Shukla's 102 Not Out has moments that strike a chord. But these are too few and far between to make this Amitabh Bachchan-Rishi Kapoor starrer an unforgettable cinematic outing."

Promoted
Listen to the latest songs, only on JioSaavn.com
Umesh Shukla directed 102 Not Out is a story of an 102 year old father (Amitabh Bachchan) who is full of mirth and frolic unlike his 75 year old son (Rishi Kapoor) who lacks all that vigour. The film showcases the wonderful bond that the father-son duo share. Besides the unconventional storyline, the film is also special because Rishi Kapoor and Amitabh Bachchan share the screen space after a span of 27 years. Their last association was in 1991 for the film Ajooba.

102 Not Out hit the screens with Hansal Mehta directed Omerta starring Rajkumar Rao. Interestingly, the former is doing a better business and is way ahead of Rao's film. Omerta is based on the life of Ahmed Omar Saeed Sheikh, British terrorist with Pakistani descent.

102 not out box officeamitabh bachchan