The person who shared the post, also made a reference to the popular TV show CID 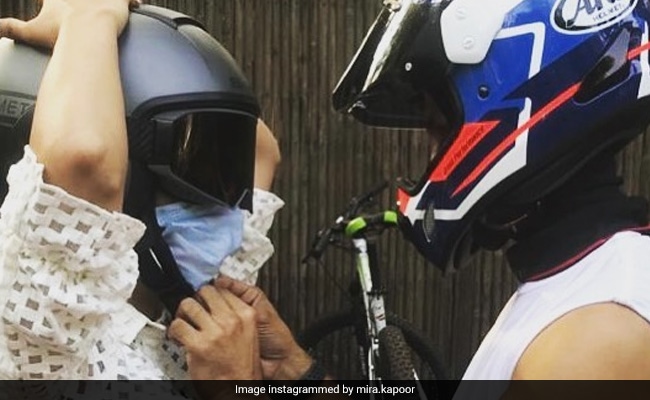 This picture was shared by Mira Rajput. (courtesy mirarajput)

Mira Rajput's Instagram posts often arrive laced with humour and some witty captions. Her latest Instagram entry is not an exception. On Tuesday, she shared a picture on her Instagram profile, in which she and her husband Shahid Kapoor can be seen wearing helmets and masks (she tagged Shahid in her post, that's how we got to know it's him). Mira's message was loud and clear - to urge her Instafam top wear masks and helmets but she added a twist to it. It had a CID and Crime Patrol reference. Tweaking the title of the show, Mira wrote: "Corona Patrol." Referring to the popular TV show CID character ACP Pradyuman, Mira wrote: "ACP Shadyuman." In the comments section, her brother-in-law and actor Ishaan Khatter wrote: "Shady human?"

Here are a few pictures from their Holi celebrations together: