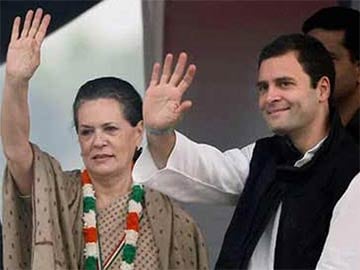 New Delhi: Congress president Sonia Gandhi and her son and party vice-president Rahul Gandhi will represent Congress at the swearing-in ceremony of Narendra Modi as Prime Minister on Monday.

The Congress president had congratulated Mr Modi on May 20, hours after he was elected leader of BJP Parliamentary Party and the National Democratic Alliance or, thereby setting the stage for him to become Prime Minister.

Mrs Gandhi is also the Chairperson of the Congress-led UPA.

Promoted
Listen to the latest songs, only on JioSaavn.com
Mr Gandhi had led the party in the Lok Sabha polls. Congress saw the worst debacle after remaining in office for ten years.