PM Narendra Modi Yet to Move to Official Residence 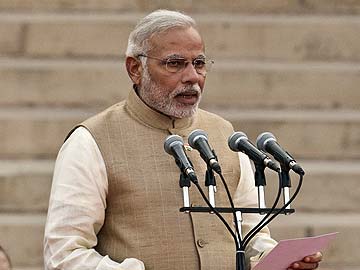 Narendra Modi takes the oath of office as he is sworn in as India's Prime Minister in New Delhi on May 26, 2014.

New Delhi: Even after taking oath as the Prime Minister, Narendra Modi yesterday did not shift to the official residence of Race Course Road and is unlikely to do so in the next few days.

Sources said Mr Modi will be shifting to the official residence only after May 30 as it needs some refurbishment.

Till then, he will continue to stay in Gujarat Bhawan, which has been virtually transformed into his residence ever since he was appointed as the Prime Minister on May 20.