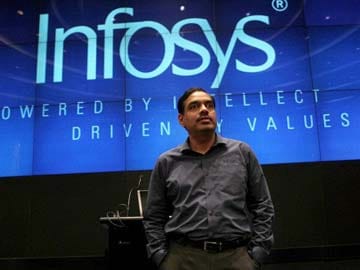 Bangalore: Dismissing any "Modi wave" in the country, AAP candidate from Bangalore Central constituency and former Infosys director V Balakrishnan today labelled both Congress and BJP as "corrupt" and said they have no intention to change the style of governance.

Balakrishnan said there was an "anti-Congress wave" which can be filled in by any party but no Modi wave.

"I don't think there is a Modi wave. It is creation of vested interest. The MPs are talking about Modi because they do not have anything to talk about their performance," he told PTI.

Balakrishnan said he did not join any other traditional party like his friend and former Infosys scion Nandan Nilekani, contesting on Congress ticket from Bangalore South, as both BJP and Congress are two faces of the same coin. Both were corrupt having no intention to give clean governance.

"Both BJP and Congress are not different from each other in anyway. Both are corrupt. Both don't have intentions to change the (style of) governance. Both are faces of the same coin. So, I think if not for AAP I would not have joined politics. This is one party which talks about honest, clean governance. AAP's idea attracted me," he said.

Balakrishnan said, "Parochial politics including caste was true in the past. I don't think this is happening in this election... This time you will see a big change in Bangalore electorate. The undercurrent is very strong for AAP. It is across spectrum."

When told that honesty cannot be the only criterion for winning an election as people have witnessed the defeat of stalwarts like Jayaprakash Narayan, Balakrishnan said Delhi results were the turning point because money, muscle and caste power did not work for other parties to win the elections.

"For the first time, all these three factors did not work and people voted for AAP because they really felt it will give clean, honest governance. I think that kind of a change is happening all across India. Even in my constituency when I go people are looking for change," he said.

Asked why people should vote for him and AAP as there has been a dent in the party's image after they gave up governance in Delhi, Balakrishnan said the party gave up power because power without ability to change has no meaning.

"I don't think there is a dent... power without ability to change has no meaning and that is why they gave up power."

Asked how AAP would face the challenge of instilling confidence in the aftermath of Delhi fiasco, he said people in his constituency talk on local issues, but there are a few who ask him about the Delhi experience. He tries to convince them of the contextual reference of Arvind Kejriwal quitting as Chief Minister.

"When you go to the constituency the issues are more local issues. So, very few people ask what happened in Delhi and of course we answer that by giving the context in which they gave up governance," he said.

AAP probably would have done a lot if it had enjoyed full majority in the Delhi Assembly, Balakrishnan said. "Once you understand the context, action is very easy to understand."

Balakrishnan said AAP had done the right thing in giving up power.

Promoted
Listen to the latest songs, only on JioSaavn.com
"Look at Congress and BJP. Each one is blaming the other. BJP talks about good governance - what happened in Karnataka in five years? We had three Chief Ministers. There was a mining scam and de-notification scam. So, governance is not somebody's property. Governance requires good honest leaders," he said.