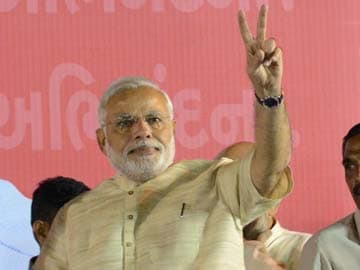 Narendra Modi will be sworn in as PM on Monday

New Delhi: Pakistan has said it will announce today whether its Prime Minister Nawaz Sharif will attend Narendra Modi's oath ceremony as India's next Prime Minister on Monday.

"He can also nominate someone to represent him. That doesn't violate protocol," a Pakistan Foreign Ministry spokesperson said during a media briefing.

In its first official response on Wednesday, Pakistan hailed Mr Modi's invitation to South Asian leaders, including its prime minister, as a "bold move." (Watch: Modi's Ace - What Card Will Nawaz Sharif Play?)

"The invitation is a bold and an unexpected move. Mr Sharif does not share the anxiety that is felt by some quarters here in Pakistan because he has got some very fond memories of the previous BJP Prime Minister Atal Bihari Vajpayee coming to Lahore and he hopes that this anxiety about Modi and his past will fade away," Tariq Azim, media advisor to Mr Sharif's party, told NDTV. (On Narendra Modi's Guest List 2500 People, SAARC Leaders)

Sources in Pakistan have suggested that there is the possibility that Mr Sharif might attend the ceremony on Monday.

After his own election last year, Mr Sharif's administration had suggested that the Indian PM be invited to attend his inauguration ceremony, but Manmohan Singh had declined.

Mr Modi's invitation to leaders of the SAARC (South Asian Association for Regional Cooperation) is being seen as a bold step towards regional engagement. Afghanistan's president Hamid Karzai has confirmed he will attend as has Sri Lankan President Mahinda Rajapaksa. Bangladesh Prime Minister Sheikh Hasina is traveling to Japan but she is likely to send the country's Speaker. (For Narendra Modi's Swearing In, Security Tighter Than R-Day)

Promoted
Listen to the latest songs, only on JioSaavn.com
Mr Modi's move signals a big shift in his party, the BJP's position on Pakistan.  While campaigning for the general election, Mr Modi attacked the Congress-led UPA government for what he called a "stagnated" and "weak" foreign policy.

Parties in Tamil Nadu, including the ruling AIADMK and BJP's ally MDMK have opposed the participation of the Sri Lanka President. Tamil parties accuse Mr Rajapaksa of presiding over the massacre of civilians during the final stages of the war against the Tamil separatist outfit LTTE.
Comments
Nawaz SharifNarendra Modi