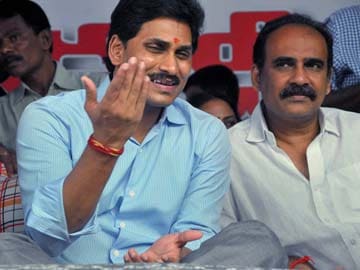 The election was made at a meeting of newly-elected MLAs and MPs of YSRCP at Idupulapaya in Kadapa district where the samadhi of late Chief Minister and Jagan's father Y S Rajasekhara Reddy is located.

"The YSR Congress would continue its struggle for the welfare of the people and will closely monitor the election promises made by the TDP," Jagan said on the occasion.

"Though there was a small set-back, we are never lagging behind. Despite the TDP tie-up with BJP and the Modi wave, the difference between victory and defeat is just over five lakh votes, working out to 1.9 per cent which is wafer thin, and this could happen as my heart did not permit to give false promises like Chandrababu Naidu," the YSRCP chief said.

Promoted
Listen to the latest songs, only on JioSaavn.com
He said, "YSRCP will continuously monitor the implementation, or lack of it, of poll promises made by TDP, and will raise the issue in the Assembly and outside, and work as a responsible opposition party," he said.