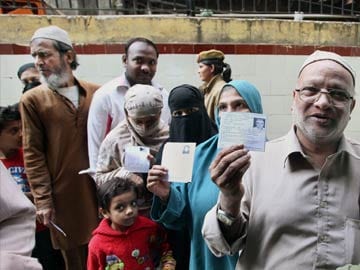 The elections are likely to be held from April 8 or 9 to May 16: sources.

New Delhi: The general election will be held from April 7 to May 12 in nine phases, the Election Commission today announced. The votes will be counted on May 16.

The long election schedule will ensure that security forces can be moved across the country for adequate deployment in sensitive areas. The North Eastern states could go to the polls in the first phase. (Elections 2014: Complete coverage)

The model code of conduct comes into force immediately, which means the government cannot make any policy announcements. Election Commission sources however said this would exclude the process to appoint the Lokpal or national anti-graft ombudsman, which has already begun. (Live Updates: Battleground 2014)

This is the first Lok Sabha election in which voters will have the "None of The Above" option if they do not like any of the candidates in their constituency.

More than 800 million people are eligible to vote in this election. The term of the current Lok Sabha ends on June 1 and a new house has to be constituted by 31 May.