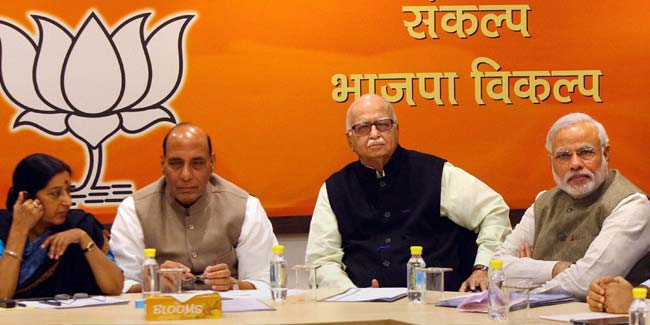 New Delhi: The Bharatiya Janata Party or BJP will hold a crucial meeting in Delhi today where it is expected to finalise its second list of candidates for the Lok Sabha election beginning April 7.

Candidates for the key southern states - Kerala, Tamil Nadu, Andhra Pradesh and Karnataka - are also likely to be announced at the meeting. The four states together have 129 Lok Sabha seats between them.

The head of the BJP election committee and its prime ministerial candidate Narendra Modi has reached Delhi to preside over the proceedings.

Barring Karnataka, the party does not have any significant presence in the four states. Doing well in the south is crucial for the party which hopes to topple the Congress-led alliance's 10-year run at the Centre.

Opinion polls predict that the BJP, led by its prime ministerial candidate Narendra Modi, will emerge as the largest party in the national elections, but will fall well short of a majority.

Promoted
Listen to the latest songs, only on JioSaavn.com
The party has allied with several regional parties to bolster its numbers.

In Tamil Nadu with its 39 Lok Sabha seats, the BJP has already allied with DMDK, headed by actor-turned-politician 'Captain' Vijayakanth, and the MDMK, while negotiations are on with the PMK.