Tamil Nadu Board class 10 result 2018 has been announced. The overall pass percentage is 94.5% this year.

After result declaration, the board will also release result analysis on the official website.

Tamil Nadu Class 10th result was announced officially by the Education Minister K.A. Sengottaiyan. The result has also been released online for students at www.dge.tn.gov.in and tnresults.nic.in. 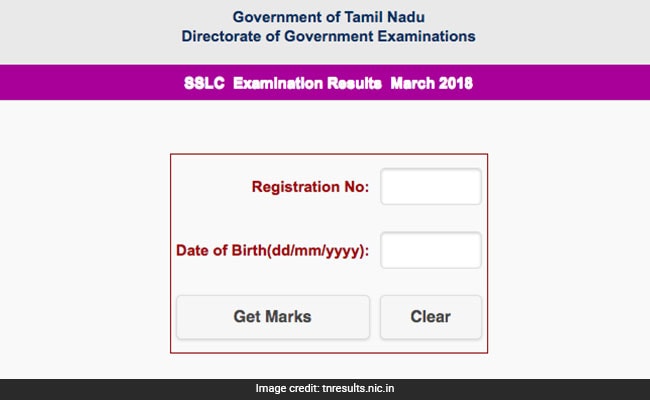 Step four: Click on 'Get Marks' and view your result. Take a printout of your online score card.

Following the example of CBSE the board does not announce the names of the toppers. Close to 10 lakh students appeared for the Tamli Nadu Board 10th exam.

After the result declaration, the board will also release the details for the supplementary examination which is expected to be conducted in July 2018.

Almost 8 lakh students had appeared for the class 12 board exam. The pass percentage for class 12 students was 91.1%. More girls qualified in the TN 12th exam than boys this year.