National Testing Agency, today, released the detailed schedule for UGC NET December 2018, JEE Main I, JEE Main II, NEET, CMAT, and GPAT. While, JEE Main will be conducted twice a year, the agency will be conducting NEET only once and the mode for NEET UG exam will remain offline. The number of languages in which NEET is conducted will also remain the same as last year.

Earlier the HRD Ministry had said that JEE Main as well as NEET UG will be conducted twice a year and the best of two score will be used to prepare merit list of candidates. There were also plans to change the mode of NEET to online. 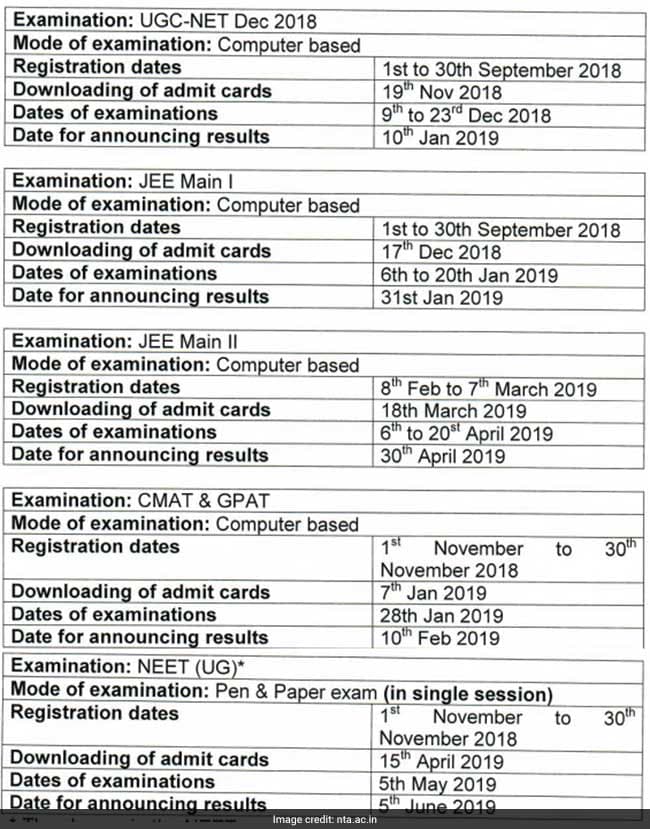 However, the Ministry has decided to hold NEET only once and in offline mode upon request from the Ministry of Health and Family Welfare, who wanted the same pattern followed last year to be maintained.

Registration for CMAT and GPAT will begin from November 1 and end on November 30, 2018. Examination will be conducted on January 28, 2018.

The registration process for NEET UG will begin on November 1 and end on November 30, 2018 and the exam will be conducted on May 5, 2018.

Unaided Professional Institutions Can Decide Fee But It Should Not Result In Profiteering: Supreme Court