The second rank-holder is currently in Mumbai for the International Biology Olympiad. If he is chosen among the 35 candidates in contention, he may represent India in Hungary. 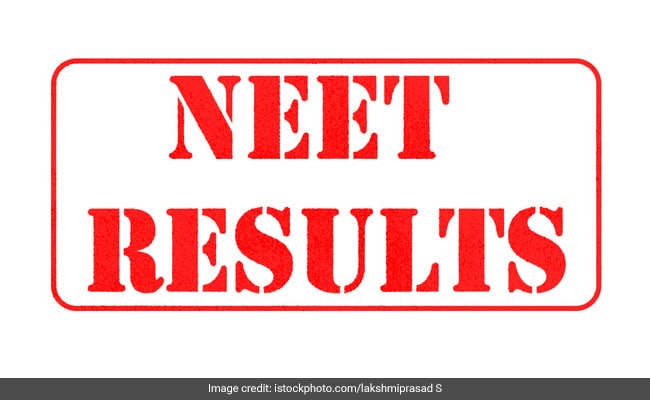 For Bhavik Bansal, who stood second in the National Eligibility-cum-Entrance Test (NEET), watching stand-up comedy on YouTube was the perfect de-stress mantra after studying for long hours. The results for the all-India level entrance test for admission to BDS and MBBS courses were declared on Wednesday. Bhavik Bansal, who got 700 out of 720 marks, is also the Delhi topper.

He said he expected to be in the top 10, but never thought to land in the top two slot.

"I was confident of being among the top 10 rank holders, but second rank is a surprise. I used to stay at home and prepare for the exam, and my parents motivated me all the time. All this has been possible due to their motivating words," he told PTI over phone from Mumbai.

Bhavik Bansal's parents are Delhi government employees. His father is an accounts officer, while his mother is a physics teacher at a city government school.

When asked whether he adopted measures like abstaining from social media to focus on studies, he said, "I do not like watching TV. However, I used to watch a lot of stand-up comedy videos on YouTube to de-stress. Online media allows you to watch content that you prefer and enjoy."

The second rank-holder is currently in Mumbai for the International Biology Olympiad. If he is chosen among the 35 candidates in contention, he may represent India in Hungary.

A passout of Vivekanand School, Bhavik Bansal secured 93 per cent in his Class 12 board examination.

"The syllabus for boards and NEET is similar. One has to study the NCERT books thoroughly. They are like Bhagavad Gita," the east Delhi boy said.

When asked about his future plans, he said, "It is too early to say anything. I just love Physics, Chemistry and Biology. After I study medicine for five years, I will be able to decide what specialisation I want to do."

He added that NEET was his backup option as he wants to get into the All India Institute of Medical Sciences (AIIMS).

"My aim is to study at AIIMS. Their results are expected in the next few days. NEET was my backup option," he said.

Nine students from Delhi are among the top 50 scorers of NEET 2019, with 74.92 per cent candidates from the national capital qualifying the test.

(This story has not been edited by NDTV staff and is auto-generated from a syndicated feed.)
Comments
neetneet 2019