Call For Public Participation In Rebuilding Flood-Damaged Libraries In Kerala

According to an initial estimation by the Kerala Library Council, around 228 libraries affiliated with the council have been either seriously damaged or washed away in the recent Kerala floods.

Soiled books, smashed furniture, damaged equipment and rooms filled with mud tugged at the heartstrings of volunteers and officials at flood-hit public libraries in Kerala as they went to clean. According to an initial estimation by the Kerala Library Council, around 228 libraries affiliated with the council have been either seriously damaged or washed away in the recent Kerala floods.

How Can You Develop A Habit Of Reading The Newspaper? Find Out Here! Read More

Is There A Future In Humanities? Read More

The Council has around 9,000 libraries affiliated with it while 6,000 of them receive grants from the council.

However, activists said the number of damages libraries which are not affiliated with the council will be much higher as the state has the tradition of most organisations, clubs and social groups building their own libraries. Activists have also called for the participation of civil society and professional agencies in rebuilding the libraries in these areas.

Now, the council has asked the Talukas in the state to submit a report by September 20 on the damages happened to the libraries from the flood affected areas.

"We are expecting that by September 15 we will have a clear picture on the state of the libraries. We have demanded the libraries and its officials to send us back the report through a proforma mentioning the whole damages," said officials. 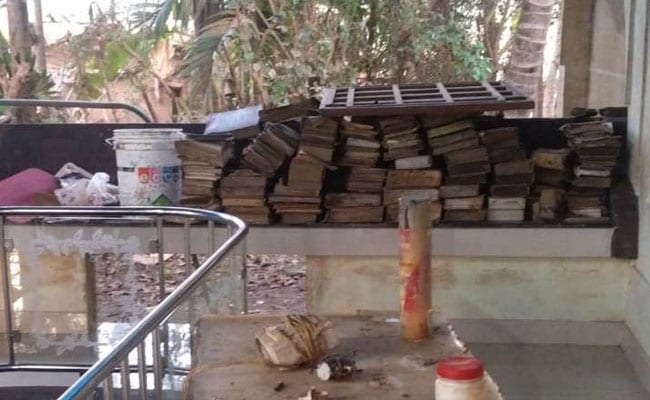 Soiled books kept aside in a library after the water receded.

Libraries from Alappuzha, Pathanamthitta, Kannur, Malappuram, Thrissur and Ernakulam are heavily affected during the state was hit by incessant rains in August. The official confirmed to NDTV that most libraries which are affected by the floods have lost books, computers and furniture and according to initial estimates, a library will need at least one lakh rupees for renovation.

The official said most school libraries were also inundated under the water and the education department is responsible for rebuilding of such libraries.

"Public libraries in Kerala were already facing various problems and the flood added more misery to it. Flood had washed away the reading and discussion platforms for the countrymen from the flood-affected areas in the State," says Dr Shibu KM, Assistant Librarian, Pondicherry University, also a native of Aluva, an area in Ernakulam which was devastated by the fury of river Periyar.

Maloor Sreedharan, the district secretary of Library council in Alappuzha district said more than 50 libraries which comes under his supervision have been either damaged or washed in the fury waters.

Libraries in Kuttanad (30) area were the most affected followed by Chengannoor (15), Ambalappuzha (6) and Karthikappally (6), Mr Sreedharan said.

Another official from the office of the library council said major publishers like DC Books Kottayam and Poorna, Kozhikode has offered free books for building up the libraries.

Meanwhile, prominent members from the public had made calls through social network for the engagement of the general public and groups in the renovation project of the libraries, which have been the backbone of major social-cultural development in the state, including the literacy movement.

'Fishermen Are The Best Rescuers, To Be Recruited Into Police As Coastal Wardens': Kerala

"Right now, the preference and priorities of the government is different. Funding for rebuilding libraries will not the a priority for the government now. Kerala's famed library movement needs the support of general public and organisations now, " said a source close to Kerala Planning Board.

"Rebuilding of these libraries are, definitely, not anywhere near to the priority list of the State government at present. However, national agencies like Raja Rammohun Roy Library Foundation and professional bodies like Indian Library Association (ILA), Indian Association of Special Libraries and Information Centres (IASLIC), Indian Association of Teachers of Library and Information Science (IATLIS), etc. could lend their hands in restoring these libraries in the affected area offering books and other resources," Dr Shibu added.

Check Out The Top 10 Career Options In Humanities

What Is The Right Time To Begin Career Planning: All You Need To Know

GPAT 2022 Answer Key Released At Gpat.nta.nic.in; Know How To Challenge, Other Details

JEE Main 2022: How To Prepare For The Exam In Last One Month