Kurichiarmala Government Lower Primary School situated at Pozhuthana panchayat in Wayanad was devastated by the recent floods and landslides in the state.

The school was shifted to a Madrassa building after the landslides devastated the school building
New Delhi:

Kurichiarmala Government Lower Primary School situated at Pozhuthana panchayat in Wayanad was devastated by the recent floods and landslides in the state. The floods and landslides have totally destroyed the access to the school and it is now filled mud, large stones and uprooted trees. The road and bridge connecting the school with the place students come from is totally washed out and according to Sasi PK, Head Teacher of the school, it is going to take time to bring back the school to its old shape. 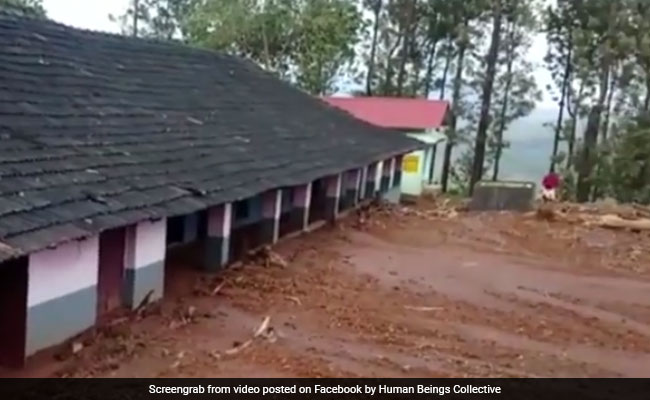 As a temporary arrangement, the Mahallu (the administrative setup of the local Masjid and its operations) committee of Hayathul Islam mosque barely a kilometre away from the school has offered space in their Madrassa building to accommodate the students. 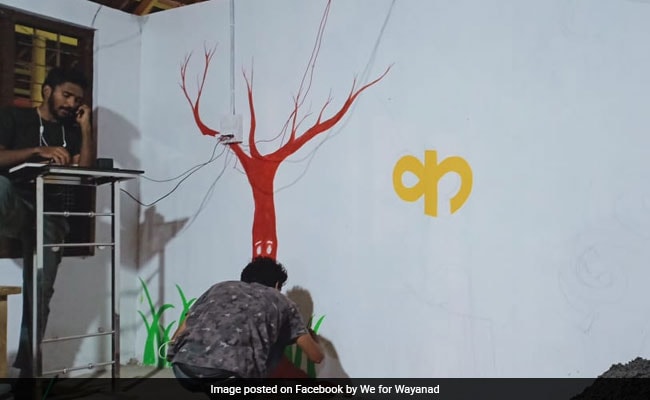 A volunteer working seen engaged in wall painting of the school

The school authorities got the requisite permissions from the education department. But they had to start from the scratch to gather the basic amenities for a school, including the furniture, shelves, stationary etc. 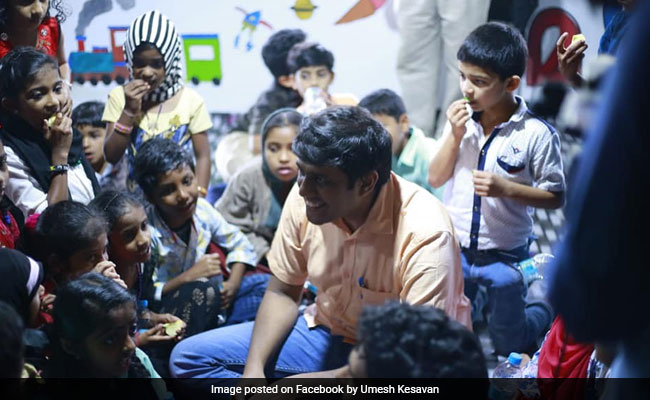 "Kurichiarmala Lower Primary School in Pozhuthana panchayat is one place which had been totally devastated by the recent landslides. The access to it is cut off and the entire area surrounding it is full of slush and debris," said Wayanad Sub Collector NSK Umesh in a Facebook post.

So, Mr Umesh added that, while a permanent new building solution is being worked upon, schools across Kerala had to be reopened on August 29.

Volunteers and working within the Madrassa:

Then locals along with some NGOs came together and converted the building into a school within a matter of three days, replete with paintings, partitions and side-walls. A volunteer working seen engaged in wall painting of the school

"The kids are not upset with the school lost but were overjoyed today with the new makeshift school they have got. The solemn prayers to the Almighty might get drowned by the raucous cackle of the little kids but it has become a more deserving place of worship because of it," Mr Umesh's post said. 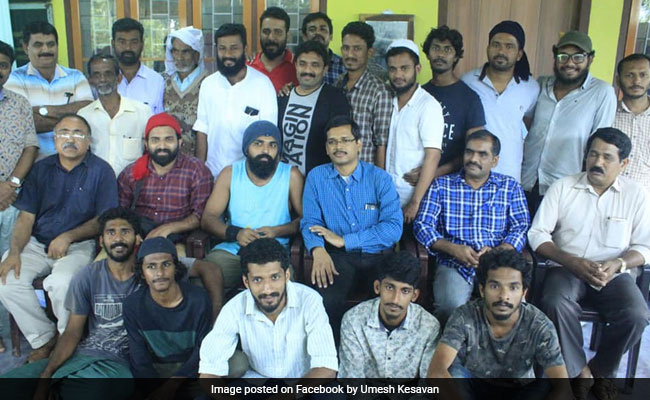 According to a Times of India report, community organisations like Human Being Collective, Malabar Flood Relief Forum and Green Palliative Volunteers raised the fund and helped to rebuild the school on the Madrasa premises.

Rajasthan School To Resume From August 2