Karnataka Secondary Education Examination Board (KSEEB) has declared the class 10 result on the official website.

Karnataka SSLC Result 2018 Declared; 71.93 Per Cent Students Pass
New Delhi: Karnataka Secondary Education Examination Board (KSEEB) has declared the class 10 result on the official website. Students can check their result on karresults.nic.in. The board was earlier going to announce the result at 12 noon but the result was released earlier. The result is now available. As per reports, 71.93 per cent students have passed in the board exam. The board had earlier released the result for PUC or +2 examination on April 30, 2018. The SSLC examination was concluded on April 6, 2018.

The pass percentage this year is 4% higher than last year. Udupi district has topped this year with Uttara Kannada coming at second. Chikodi district is third in terms of pass percent while Yadagiri is last.

Due to the model of conduct put in to place by Election Commission, the result was not announced by the education minister instead was released by the Karnataka education board officials.

How to check Karnataka SSLC Result 2018? 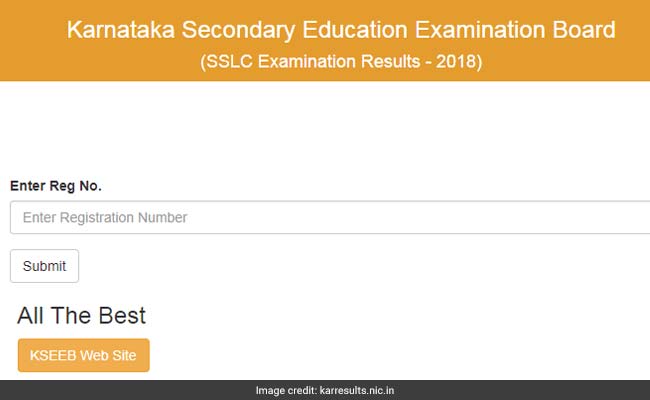 
According to KSEEB, every year in April about 8.50 lakhs and in June 1.50 lakhs candidates appear for the SSLC examinations.