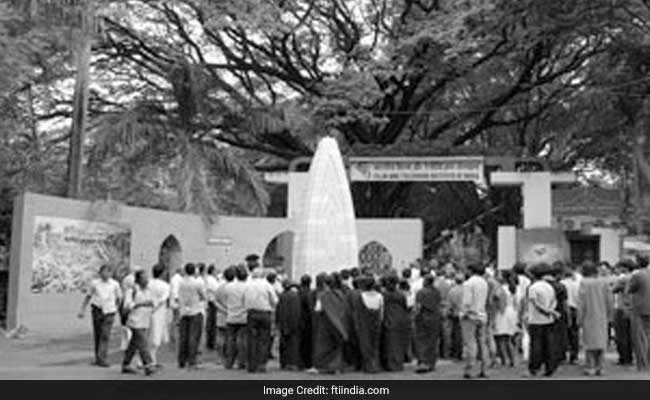 New Delhi: In a significant achievement for Film and Television Institute of India, Pune, the Association of Indian Universities (AIU) has equated six PG Diploma Programmes of the Institute with Master's Degree. The Masters equivalence launches FTII into a new academic orbit and introduces a new dimension for students who can now leverage this attribute for higher studies, in India and abroad, said a press release from Ministry of Information & Broadcasting.

According to the release, FTII had been making efforts since 2011 for securing the Master's Degree for its programs. Recently a four member Committee from Association of Indian Universities visited FTII and were briefed by the Heads of Department and Faculty members who gave detailed presentations before the AIU Committee. The committee also visited the academic locations as well as technical facilities and also met Student Representatives in the campus.

The Pune-based FTII had been making efforts since 2011 for securing the Master's Degree status for its programmes.
The programmes are of 2 and 3 years duration and are mentioned below:

A four-member committee from AIU had recently visited FTII and was briefed by the Heads of Department and Faculty members.The committee also visited the academic locations as well as technical facilities and met student representatives on the campus.

The Film and Television Institute of India (FTII),  was in news last year when students staged a four-month-long strike to protest against the appointment of Gajendra Chauhan as the head of the institute.