Assam HSLC result 2019 has been released on resultsassam.nic.in and SEBA Results 2019 app.

Students can check their Assam 10th result from any of the following websites.

The SEBA HSLC result has also been released on the official mobile app 'SEBA Results 2019' which can be downloaded from the Google Play Store.

SEBA HSLC result can also be accessed through SMS as well for BSNL users. Students can send 'SEBA19 Roll Number' to 57766.

If checking your result on any of the websites mentioned above, students can follow the steps given below: 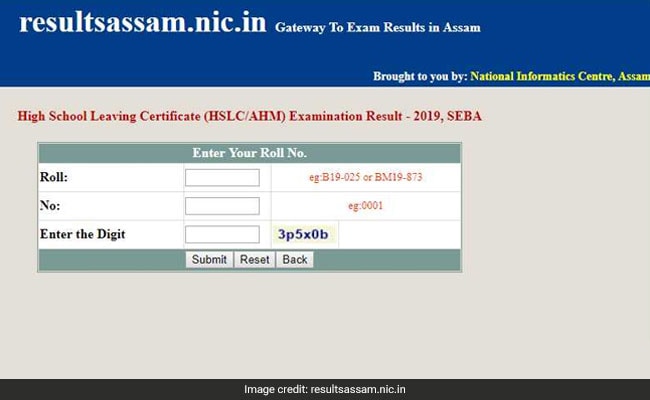 Step one: Go to the websites mentioned above.

Step two: On the homepage, click on the results link for HSLC examination.

Universities Should Have Autonomy To Decide On Holding Entrance Exams: Teachers' Bodies