The Hidden Cost Of Delhi's Dirty Air For Slowing Economy 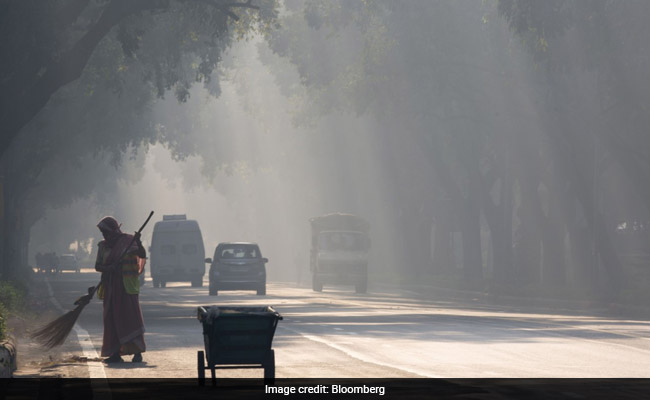 Flight disruptions, fewer tourists, lost work hours and missed school days have come to portray India's struggles with toxic air quality in its capital Delhi, and the intangible costs may be adding up for an economy grappling with a sharp slowdown.

The country's losses from air pollution increased more than four times to $560 billion between 1990 and 2013, according to the World Bank, which attributed the economic burden to the rising costs of public health-care and workforce disruption. Pollution is now being counted among the hidden costs like repelling top corporate talent, according to analysts and industry lobby groups.

"This feeds into the broader economic environment," said Hemant Shivakumar, a New Delhi-based senior analyst at Control Risks that advises clients on political and security risks. "If the air pollution escalates year after year and there's no response then it's likely to send investors a different message."

Prime Minister Narendra Modi's government deployed 300 field teams to curb pollution after it reached record levels earlier this month, as winds carried smoke from farm stubble burning in areas around New Delhi. Despite the measures and the state government imposing restrictions on use of private vehicles, pollution levels remain a cause for concern in the capital city of what was until recently the world's fastest-growing major economy.

New Delhi's air quality index, or AQI, improved to 'poor' on Monday from 'severe' last week. A reading above 400 is classified as severe and "affects healthy people and seriously impacts those with existing diseases," according to the Environment Ministry.

"It affects us all," Frank Hans Dannenberg Castellanos, the ambassador of the Dominican Republic to India and the dean of the Diplomatic Corps, was cited as saying by the Press Trust of India. "This is a problem of major proportions to be solved" by the city and the federal government.

Pollution in the national capital could push talent to work in other cities or abroad, according to industry group the Associated Chambers of Commerce & Industry of India.

While gross domestic product growth slipped to a six-year low in the quarter ended June, air pollution adds another layer of challenge for the Modi government that's taken several steps to boost the economy, although there are no signs of a quick revival so far.

"There are a number of economic detriments linked with Delhi's ongoing pollution crisis," said Natasha Mudhar, the chief executive of London-based business consultancy Sterling Global, and Founder of The World We Want, which is working toward achieving the United Nations' Sustainable Development Goals. "Employers in the city are finding it increasingly hard to retain top-level executives and highly skilled workers who are looking to get out of the city and away from the hazardous air."