Condemning the attack on students, the protesters said they were shocked when they saw the man emerge from the crowd and open fire in full public view amidst heavy police presence. 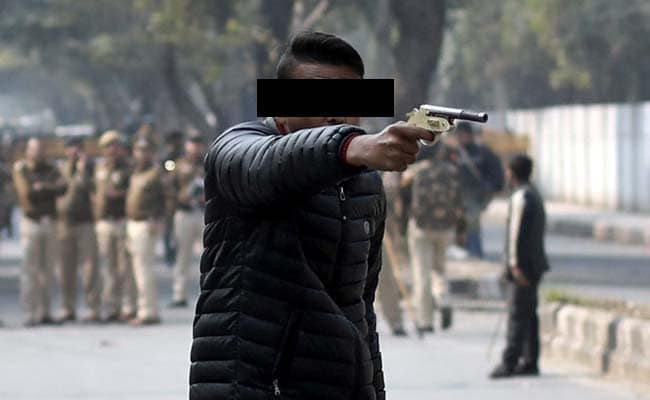 A 17-year-old boy fired at a group of agitators at Jamia. (File)

Students of Jamia Millia Islamia on Friday gathered outside the gate of the varsity to stage a peaceful protest against the amended Citizenship Act, a day after a 17-year-old boy fired a gun shots at a group of agitators there, injuring a student.

Condemning the attack on students, the protesters said they were shocked when they saw the man emerge from the crowd and open fire in full public view amidst heavy police presence.

A student taking part in the protest, who did not wish to be identified, said, "When I got to know about firing, I rushed to the venue along with my friends to check. All we wanted was a peaceful protest. We have been protesting here for nearly two months. I definitely feel police could have acted much promptly."

Thousands of people and police personnel faced off against each other near the varsity on Thursday after a man fired at a group of anti-CAA protesters.

Massive protests broke out with agitated students and others gathering near the university, breaking barricades and clashing with police personnel.

The protests ended around 9 pm after police released four detained demonstrators, according to university and police officials.

Another student taking part in the peaceful protest on Friday said it is shocking how there is always an attempt to disrupt their peaceful march.

"We students have been protesting peacefully for the last two months. on Thursday, we were heading for a peaceful march towards Rajghat where we were to form a human chain.

"But police had already put up barricades at several intersections. We somehow wanted to cross those barricades peacefully and head towards our destination, he said.