Over 50,000 People In Delhi Died Due To Air Pollution Last Year: Study

PM2.5 refers to fine particulate matter smaller than 2.5 micrometers in diameter. Exposure to PM2.5 is considered the most important environmental risk factor for deaths globally, and was attributed to 4.2 million premature deaths in 2015, the study said. 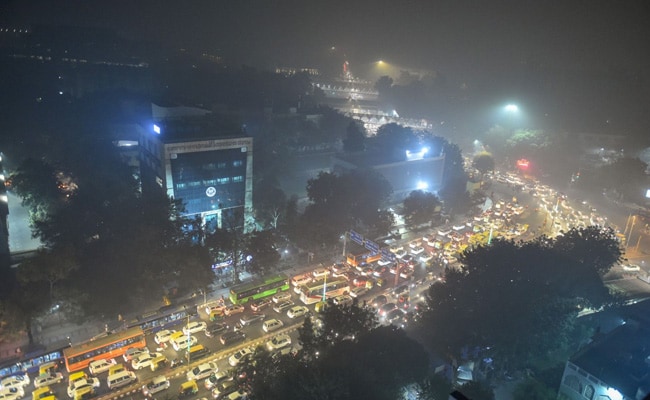 Air pollution caused by hazardous PM2.5 fine particulate matter led to the death of 54,000 people in Delhi last year where pollution levels remained almost six times above the prescribed WHO limits, according to a new study.

According to a Greenpeace Southeast Asia analysis of IQAir data, 1800 deaths per million were estimated due to PM2.5 air pollution in Delhi.

PM2.5 refers to fine particulate matter smaller than 2.5 micrometers in diameter. Exposure to PM2.5 is considered the most important environmental risk factor for deaths globally, and was attributed to 4.2 million premature deaths in 2015, the study said.

The study noted that the damage is equally worrying in other Indian cities.

Noting that the air pollutant levels in Delhi remained almost six times above the prescribed WHO limits of 10 g/m3 annual mean, the study said the estimated air pollution-related economic losses were USD 8.1 billion (Rs 58,895 crore), which amounts to 13 per cent of Delhi's annual GDP.

"Despite a temporary reprieve in air quality owing to the lockdown, the latest figures from the report underscore the need to act immediately. The need of the hour is to rapidly scale up renewable energy, bring an end to fossil fuel emissions and boost sustainable and accessible transport systems," the study said.

Despite recording relatively better air quality this year due to strict lockdown, air pollution continues to be a serious public health issue which also drastically impacts our economy. For the governments of the day, it is crucial that investments are made towards green and sustainable solutions. When we choose fossil fuel over clean energy, our health is put at stake. Polluted air increases the likelihood of deaths due to cancer & stroke, spike in asthma attacks and worsens severity of COVID-19 symptoms, said Avinash Chanchal, Climate Campaigner, Greenpeace India.

"We need to ensure our growth demand is fuelled by sustainable and cleaner sources of energy and cities should promote low cost , active and carbon-neutral transport options that prioritises walking, cycling, and public transport, the increased use of clean energy and clean transport will not only improve the public health but it will also strengthen the economy and public money" added Chanchal.

Commenting on the revelations made by cost estimator CEO of IQAir, Frank Hammes says, Breathing should not be deadly. The fact that poor air quality claimed an estimated 160,000 lives in the five largest cities alone should give us pause, especially in a year when many cities were seeing lower air pollution levels due to less economic activity. Governments, corporations and individuals must do more to eliminate the sources of air pollution and make our cities better places to live.

To show the impact of air pollution related deaths on the economy, Greenpeace said it used the approach called willingness-to-pay which means a lost life year or a year lived with disability is converted to money by the amount that people are willing to pay in order to avoid this negative outcome.