Odd-Even Plan Back Next Week As Delhi Pollution Outstrips Beijing

The odd-even scheme -- which cuts down vehicular traffic almost by half -- was adopted twice by the Arvind Kejriwal government in 2016. But poor public transport facilities, despite Delhi's vast Metro network, was seen as a huge challenge to its implementation. 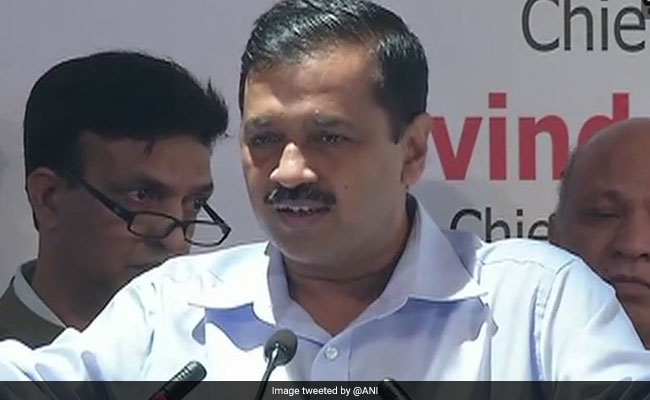 The odd-even scheme has been used twice earlier by the Arvind Kejriwal government.

New Delhi: The Odd-Even road rationing scheme is back in Delhi as the toxic haze in the city outstripped the Chinese capital Beijing, known for its record pollution levels. The scheme -- under which cars with licence plates ending in an odd number and even-number are allowed to ply on alternate days -- will be in place from November 13 to 17, reported news agency Press Trust of India, quoting Delhi Transport Minister Kailash Gahlot. Earlier today, Delhi Chief Minister Arvind Kejriwal had said the decision on Odd-Even formula "will be taken by today or tomorrow, if the need arises".

The Odd-Even scheme -- which cuts down vehicular traffic almost by half -- has been adopted twice since Mr Kejriwal's Aam Aadmi Party came to power. It was implemented twice in 2016 -- from January 1-15 and April 15-30.

But the poor public transport facilities, despite Delhi's vast Metro network, was seen as a huge challenge to its implementation and the government later said the odd-even scheme could be put in place only when pollution levels stay in the "emergency" category for 48 hours.

This time, as particulate matter in the air went off charts, the Delhi High Court suggested the scheme, if brought back, could help "unclog the city". With the levels of carcinogenic gases in air rising to about 10 times the reading in Beijing, doctors have already called the smog a public health emergency and advised "evacuation".

Late last evening, the Delhi government announced a series of measures aimed at reducing pollution levels. Commercial trucks have been banned from the city unless they are transporting essential items till further orders, construction activities have been stopped and car parking charges hiked four-fold to force residents to use public transport.

Promoted
Listen to the latest songs, only on JioSaavn.com
While toxic smog has been a regular feature of Delhi winters, it has spiraled over the last few years. Mr Kejriwal has blamed it on stubble burning by farmers in neighbouring Punjab and Haryana. After urging his counterparts in the neighbouring states to offer viable alternatives to farmers, Mr Kejriwal today said his requests for urgent meetings with them also are yet to be granted.

Punjab Chief Minister Amarinder Singh today tweeted to say that his state is "helpless" as it has "no money to compensate farmers for stubble management".