All the three underpasses will be completed within one year and will ease the traffic congestion for commuters around Mukarba Chowk and Haiderpur Badli Metro. 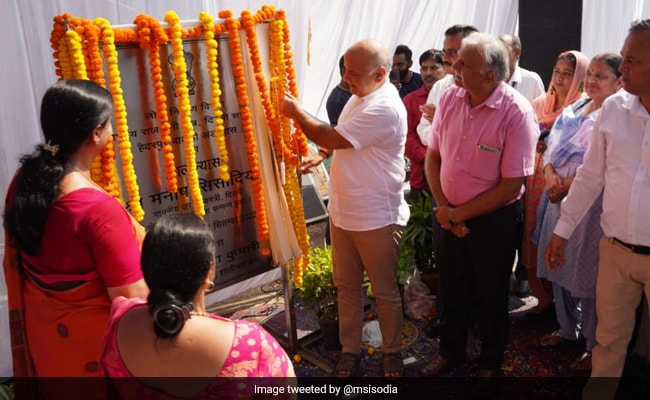 Delhi Deputy Chief Minister Manish Sisodia today laid the foundation stone of three new underpasses at Shalimar Bagh in Delhi that will be constructed at a cost of Rs 59.5 crore, an official statement said.

The underpasses will ease traffic congestion around Mukarba Chowk and Haiderpur Badli Metro, it said.

The first underpass will be built at Haiderpur Badli Metro near gate number three for pedestrians while the second will be constructed for vehicles commuting between Badli or Outer Ring road and Shalimar Bagh, the statement quoting Mr Sisodia said.

At present, vehicles going towards Badli or Outer Ring Road have to use a loop while moving between Mukarba Chowk and Shalimar Bagh.

Once the underpass is built, commuters will have to travel 1.5 kilometers less, he added.

The third will be built for vehicles commuting between Sanjay Gandhi Transport Nagar to Azadpur via elevated road which is scheduled to come up in the future, Mr Sisodia said.

This underpass will help in eliminating traffic congestion at Mukarba Chowk and save travel time for commuters, he said.

All the three underpasses will be completed within one year and will ease the traffic congestion for commuters around Mukarba Chowk and Haiderpur Badli Metro, he said.

It will also reduce carbon emission of 1.35 lakh kg per year and save 58,000 litres of fuel annually, the deputy chief minister said.