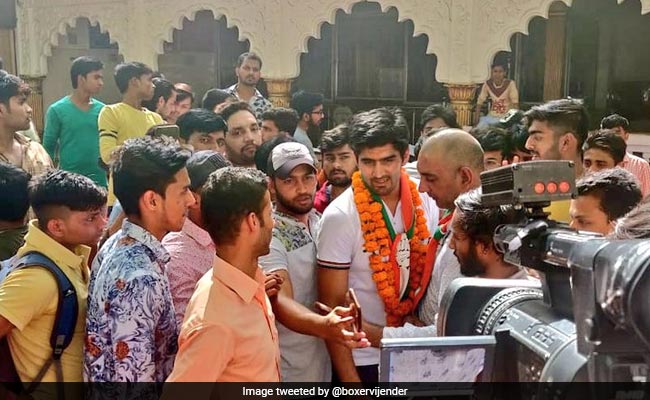 Elections in the national capital are to be held on May 12.

With less than two weeks left before the national capital goes to the polls, Congress candidates on Sunday held voter outreach programmes in their constituencies.

Former Union Minister and Congress leader Ajay Maken, contesting from the New Delhi Lok Sabha constituency, started his campaign from Panchsheel in south Delhi where he interacted with people at a park while on his morning walk.

He then visited Greater Kailash 1 and met the residents and later kicked off a 'padyatra' from Balmiki Basti, covering areas like Gandhi Sadan and Andh Mahavidyalaya.

Boxer-turned-politician Vijender Singh, fielded by the Congress from south Delhi Lok Sabha seat, began the day by offering prayers at the Dada Devi temple in Bijwasan area. He then visited the Dada Dev boxing Academy in Palam village.

Elections in the national capital are to be held on May 12.

All seven Lok Sabha in Delhi were won by the BJP in 2014 when the Congress finished second in six seats and third in one seat.