Kailash Sankla was also chosen unopposed as the deputy mayor as no other party had filed nominations for the two posts. 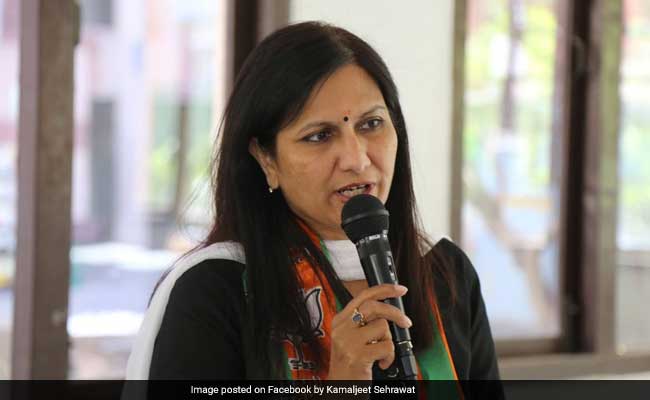 BJP councillor Kamaljeet Sehrawat, who had won the civic polls by a record margin

New Delhi: BJP councillor Kamaljeet Sehrawat, who had won the civic polls by a record margin, was today elected unopposed as the mayor of South Delhi as the new team of the area's civic body also took charge.

Kailash Sankla was also chosen unopposed as the deputy mayor as no other party had filed nominations for the two posts.

She had trounced AAP's Sushma Bansal in Dwarka-B ward by a record margin of 9,866 votes, the highest in the entire polls. Ms Sehrawat polled 14,613 while Ms Bansal could just get 4,747 votes.

The post of mayor sees five single-year term on a rotation basis, with the first year being reserved for women, the second for open category, third for reserved category, and the remaining two also being in the open category.

From the BJP, Bhupender Gupta was elected to the post of chairman, while Shikha Rai, Nandani Sharma and Tulsi Joshi were also elected. Poorva had withdrawn her nomination.

Out of the total 104 wards under the SDMC that had gone to polls, the BJP won 70, the AAP 16 and the Congress 12. One ward each was won by the SP and the INLD, while four independent candidates emerged victorious.

Last year, Janakpuri councillor Shyam Sharma of the BJP was elected as mayor after defeating Praveen Rana of the Congress by a margin of 25 votes. Sharma had secured 62 votes out of total 99 valid votes polled.

The erstwhile unified Municipal Corporation of Delhi was trifurcated in 2012 into the NDMC, the SDMC and the EDMC. The first MCD poll after the trifurcation was held the same year.

While election to Maujpur ward in east Delhi was held on May 14, Sarai Pipal in north Delhi will go to polls on May 21.

Promoted
Listen to the latest songs, only on JioSaavn.com
Elections in these two wards were postponed due to death of candidates.

The BJP has been ruling the MCD for the last 10 years and yesterday Preeti Aggarwal was elected unopposed as the mayor of north Delhi amid an uproar in the NDMC House.