Haze Descends In New Delhi Ahead Of Diwali, Air Hazardous 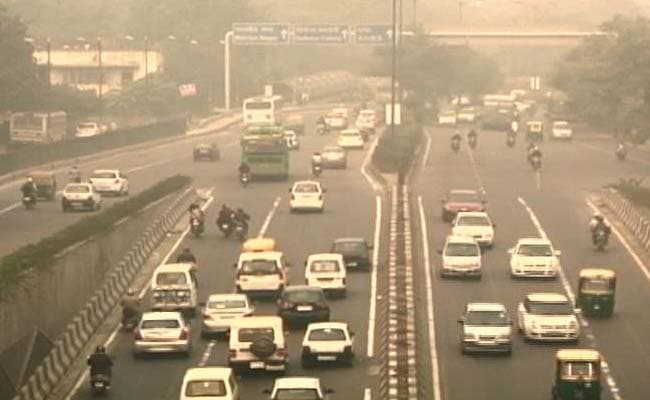 Pollution in the national capital, which was termed a "gas chamber" by the Delhi High court.

New Delhi: A distinct layer of haze shrouded Delhi a day ahead of Diwali with nearly stagnant wind movement, even as the city stares at two consecutive days of 'severe' air pollution, where fireworks will act as the chief trigger.

Pollution in the national capital, which was termed a "gas chamber" by the Delhi High court, skyrockets during Diwali as a hazardous mix of noxious gases and respirable pollutants hang very close to the surface.

The Delhi government released a NASA image dated October 26 showing a haze blanket across north India due to crop residue burning in Haryana and Punjab, saying it was having a major adverse effect on the city's air quality.

Centre's agency System of Air Quality and weather Forecasting and Research (SAFAR) put the average volume (24-hour rolling) of PM 2.5 and PM 10 at 226 and 425 micrograms per cubic metre respectively in the afternoon.

These ultrafine particulate matters can cause respiratory diseases if one is subjected to its prolonged exposure over and above the safe limits of 60 and 100 micrograms per cubic metres respectively.

According to SAFAR's special Diwali forecast, pollution during this year's Diwali is expected to be worse than those during 2014 and 2015 due to a combination of adverse meteorogical factors like slow wind speed and moisture in the air, a major hindrance in the dispersion of suspended pollutants.

PM 2.5, finer and deadlier, was the most prominent pollutant in monitoring stations of Central Pollution Control Board (CPCB) such as at Punjabi Bagh, RK Puram, Anand Vihar and Shadipur located across the city.

Promoted
Listen to the latest songs, only on JioSaavn.com
"Health Warning of emergency Conditions. Serious risk of respiratory effects in general public," it said.